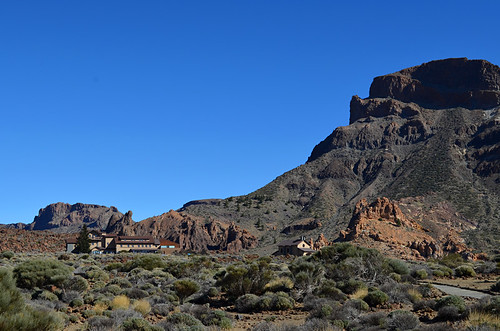 Weather Forecast for Tenerife 26 January to 1 February
In the end, the weather on Tenerife turned out better than predicted, with the wet and gloomy weekend not being quite as wet and gloomy as expected… in some parts at least. The cool breeze kept temperatures low most places. In the north there was more sunshine than predicted and the weekend experienced sunny mornings with cloud rolling in during the afternoon. In southern parts, the lingering cloud spoiled any plans of sunbathing over most of the weekend. A drive from north to south on Thursday showed cloud everywhere, except for a short section of the east coast, with the area around Tenerife Sur Airport being dull, breezy and cold.

Weather Forecast for Tenerife 2 to 8 February
Whilst it has actually been pretty good weather for walking, it’s not been good for sunbathing. That isn’t going to get any better this week. Again the north looks as though it will see more sunny spells than other parts, but temperatures remain low, possibly even slightly lower than in recent weeks. Once again the possibility of rain is forecast but most coastal areas should only see light showers if anything at all.

Weather in South Tenerife – It looks as though it could be a grey and cloudy week in the south of Tenerife with sunny spells only forecast for Tuesday and Thursday at the moment. The chance of rain on the coast is low with a 5 to 65% possibility throughout the week. The weekend looks most likely for showers but those will probably stick to the hills. Temperatures stay low, starting the week at 20C but dropping as the week progresses to a cool 14C over the weekend.

Weather in North Tenerife –  Although there will be a lot of cloud, the outlook for the north is slightly better than the south with sunny spells breaking up the cloud every day except Saturday. There’s a greater chance of rain (5-85%), especially over the weekend and temperatures will also be low in the shade, starting the week at 18C and falling to 13C for the weekend.

Weather in East Tenerife –  It should be a cloudy week in Santa Cruz apart from some sunny patches on Wednesday and Sunday. There’s a 5-85% chance of rain all week and temperatures will follow those in the north.

Weather in South West Tenerife – It looks like there will be more sun than cloud on Tuesday and Wednesday but apart from that it could be an unusually cloudy week in the south west with a 5-70% chance of showers. Like everywhere else, the weekend is most likely to see any rainfall. Temperatures in the area could be cool all week, not really rising above 14-16C in the shade.

The Weather on Tenerife This Week Last Year – It was a beautifully sunny week across Tenerife with shade temperatures of around 20C.

Weather in the Mount Teide Crater –  It looks like it will be another beautifully sunny and calm week in Teide National Park with only some light cloud on Saturday. Temperatures in the crater will range from 3 to 7C and between -5 and 0C on the summit of Mount Teide.

Pic: With the outlook for the week looking grey in most parts, we’ll stick with the blue skies of Teide National Park.