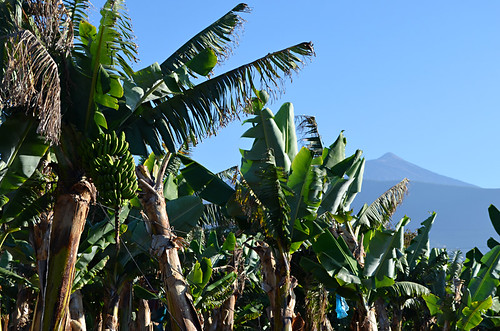 Weather Forecast for 29 June to 5 July
Some days were very hot with blue skies and some days were hot with cloudy spells. What days those were varied depending on where you were on Tenerife but the pattern was pretty much the same whichever coast you were on. Some drizzle in northern parts on Thursday was very welcome at this time as year as a forest fire had already broken out in the hills above Arafo.

Weather Forecast for Tenerife 6 to 12 July
Everywhere is going to be hot and sunny this week with only the north experiencing any serious cloud on Monday, which keeps it free from the hot weather alert which affects the island from Monday. The alert applies everywhere from Tuesday. Although it’s only in place till Wednesday at the moment (they only ever do three days at a time), as temperatures are predicted to rise even more on Thursday and Friday, there’s a good chance it will be in place all week. Top shade temperatures of 34C are forecast, but there’s a chance those could be higher. Treat it as you would any weather alert, with respect.

Weather in South Tenerife –  Basically, it should be a very hot and sunny week. Temperatures will start the week at 27C, rising to 30/31C in the shade by Thursday/Friday after which they’ll descend slightly to 27C.

Weather in North Tenerife –  After a cloudy start to the week, it should be sunny until Sunday when there will be a mix of sun and cloud. Temperatures will be around 24/26C in the shade for most of the week, rising to 27/28C on Thursday and Friday.

Weather in East Tenerife – Sunny all week with only Sunday seeing a mix of sun and cloud. Temperatures match those of the north.

Weather in South West Tenerife – Where it’s sunny and hot elsewhere, in the south west it will be searingly so. Shade temperatures start the week at 31C climbing to 35C on Tuesday before falling by a couple of degrees a day to settle around 28/29C over the weekend.

Weather in the Mount Teide Crater – It’s blue skies all week in Teide National Park. Temperatures should hover between 15 and 22C in the crater and 7 and 12C on the summit of Mount Teide.

The Tenerife Weather This Time in 2014
So what happened this time last year? It was a bit of a north/south and east/west divide with the north and south having lots of cloud whilst east and west has enjoyed lots of sunshine.