A question which comes up now and again is “do you have any walking routes for the east of Tenerife?”

The simple answer is no, we don’t.

Although that’s not strictly true, the Malpaís de Güímar (Güímar badlands) are included as part of our Captivating Coastline set as is Montaña Roja at El Médano. But that’s about it. 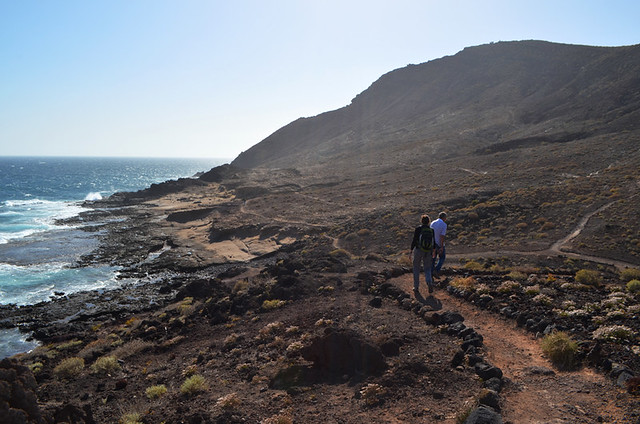 Over the years, whilst researching potential walking areas, we’ve picked up shedloads of leaflets with ideas for walking routes from various tourist offices along the east of Tenerife. Like every other part of the island there are trails aplenty. Every so often we’d check some out with an eye to putting together a Tenerife east package.

As is the case with a lot of freebie leaflets, directions can be scant and confusing, requiring much exploration of poorly marked and overgrown paths. Our experiences of these types of free leaflets were one of the reasons we started writing walking directions in the first place. One time in the Güímar Valley a ‘mystery’ route took us through thickets of brambles and into a narrow ravine we hadn’t intended to walk. It was completely the wrong place, but it ended at an abandoned mine encampment which, admittedly, was interesting in itself. The route had also started badly, the outskirts of a town being used as an unsightly dumping ground. 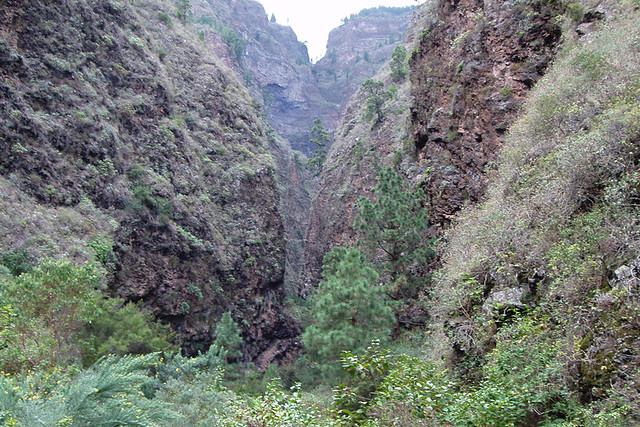 The hillside in those parts can be a maze of narrow ravines and there are all sorts of local legends about what happens in some – from flood-stopping saints to a girl who went missing and turned up years later without having aged a day. This is an area connected with magic and superstition. Being scaredy-cats, it’s maybe one of the reasons we haven’t explored it as much as some others. 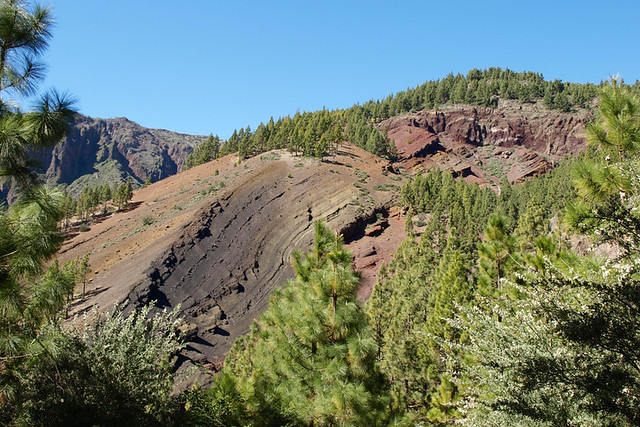 Admittedly there’s bags of interesting aspects in the east – insights into the past, agricultural hamlets, water galleries and tunnels, honey-coloured canyons with steep walls of the sort which draw climbers. But it can be messy walking and, as far as we’re concerned, not as aesthetically pleasing as other parts. A few years ago when researching potential routes for an Inntravel Tenerife walking holiday we checked out paths to and from Granadilla de Abona. There were interesting aspects to them; one was a pilgrim’s route, another followed a camino real to pass forgotten old farm buildings. But again, overall, they didn’t match up to other routes and weren’t of a good enough standard so didn’t make the grade. 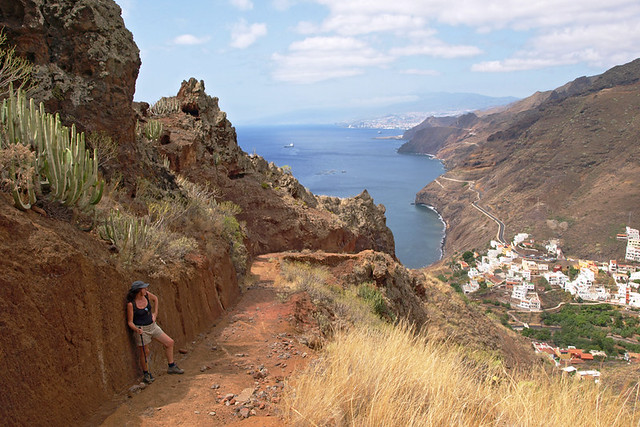 Basically time and time again, we’d walk trails which, in fairness, we enjoyed – another example being to El Semáforo lookout point beyond Igueste de San Andrés. But when it came to deciding if we’d class them as being among our favourites on the island, and therefore worthy of inclusion in our sets of walking routes, the honest answer was they weren’t.

That’s not to say there aren’t some excellent walking routes to be found; however, they can be spread out along those eastern hills and some, like the circular route to La Caldera de Pedro Gil which can be accessed from Mirador de la Crucita on the island’s spine, are a bugger to get to. Google where Mirador de la Crucita is and you’ll see why I say it’s a bugger to get to from anywhere on the island, except maybe the Parador. 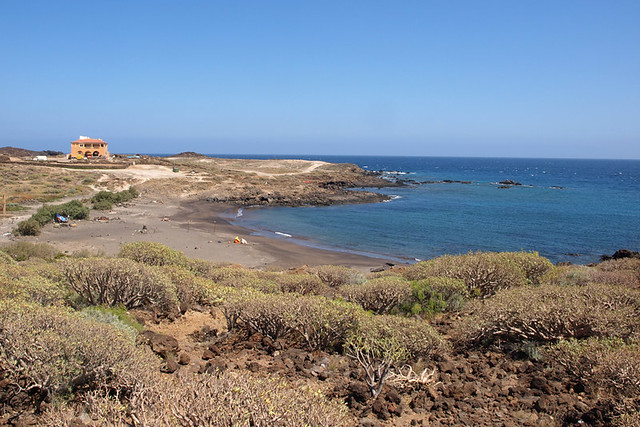 Around the coast offers some good and easy walking. The leper village and coves at Abades to the small bay at Punta de Abona is a nice little seaside stroll whilst one eastern route we would class as a favourite is through the Barranco de San Blas between Golf del Sur and Los Abrigos. It’s a delight and full of unexpected surprises (if you haven’t researched it first – don’t read this if you don’t want spoilers) but you have to arrange to walk it via the adjacent Sandos San Blas Nature Resort. 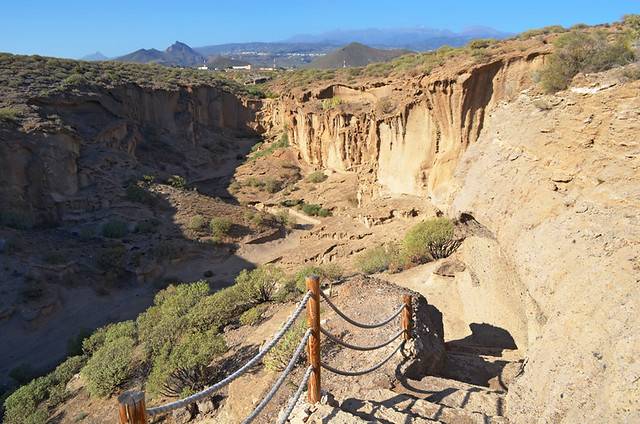 I tend to think of the east as a niche walking area, one to be explored when all the classic Tenerife walks have been ticked off.

Despite its proximity to the south, the area between the airport and Santa Cruz simply remains a part of the island which generally doesn’t attract a great amount of attention in tourism terms.

A Walking Route Through the Bananas in Isla Baja

There’s been one part of the north west coast of Tenerife that has whispered ‘come explore’ for years. We’ve driven passed the area on countless occasions, each time commenting on how good it would be to trek along paths through the forest of bananas, grand haciendas… […]

Recently we enjoyed a walk in the viñatigo (a relation of the avocado) forest above Tacoronte. There is a maze of paths in the area and we pieced together a few to make a circular route… […]