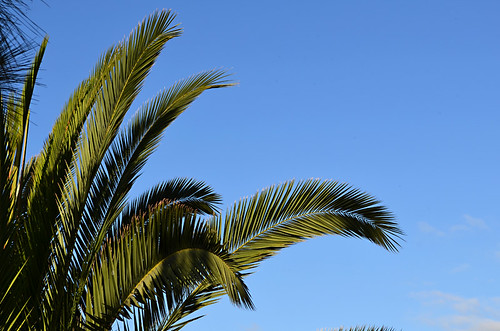 Weather Forecast for Tenerife 30 June to 6 July 2014
In the north of the island it’s felt as though we’ve been experiencing a mini panza del burro with most days seeing a lot of cloud (not uncommon for this time of year). It wasn’t quite the ‘white-out’ we’ve experienced some years and the week ended oh a blue sky high. The south fared much better although it didn’t escape some cloudy spells.

Weather Forecast for Tenerife from 7 to 13 July
The weather doesn’t change much at this time of year. It’s all a matter of degrees of hotness or whether the panza del burro (belly of the donkey) will affect the north. There is a slight chance of showers in the north but it should only be drops. There is a yellow weather alert for strong winds in place for Tenerife on Monday (lasting a bit longer on some other Canary Islands) but at the moment there’s is hardly a breath in the north of the island.

Weather in South Tenerife –  It should be a hot, sunny week with temperatures of around 25/26C all week.

Weather in North Tenerife – It should be a mainly warm, sunny week with only light cloud and temperatures around 23/25C all week. There is a chance of showers tonight (90%) and on Wednesday (55%).

Weather in East Tenerife –  Exactly the same as the north once again except with less fluffy clouds around.

Weather in South West Tenerife – Hot and sunny all week with temperatures maybe a degree higher than the south.

Weather in the Mount Teide Crater – A typically sunny week in Teide National Park.  Temperatures in the crater will range from 15 to 19C and 8 to 10C on the summit. There are quite strong winds forecast for this afternoon and Friday afternoon so it’s worth checking if the cable car is running on those days before setting off.