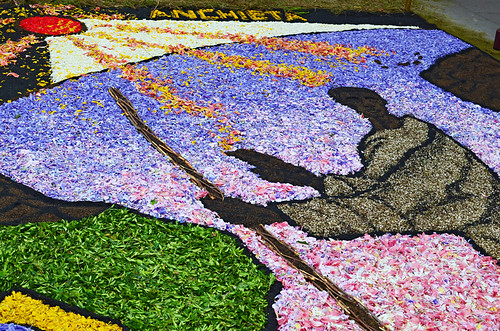 Weather Forecast for Tenerife 23rd to 29th June 2014
Once again we’ve been absent due to walking in other parts, this time it was the Austrian Lakes (absolutely wonderful it was too). We arrived back on Wednesday to see Mount Teide looking hazy despite being in full sunshine and a yellow-ish tinge to the clouds between Tenerife and Gran Canaria.
Although the sun shone most days and it was mainly a hot and sticky week once the days got going, there was a lot of cloud cover in the north and even some light rain on a couple of days. In the south the pattern seemed the other way around with cloud giving way to sunny days, often the pattern between the two sides of the island in June/July.

Weather Forecast for Tenerife from 30th to 6th July 2014
It should be a warm and sunny week with a heatwave pushing up temperatures across the island, mainly in south and south western parts, on Monday and Tuesday. The question is calima or not? As the rising temperatures affect the south west before the south it would suggest not. Like last week, there is a chance of some light showers in northern parts. Unusual for this time of year, but very welcome before summer hits top gear and the risk of fires increases.

Weather in South Tenerife –  It should be a sunny week with temperatures starting the week around 28C, shooting up to around a scorching and not very pleasant 33C in the shade on Tuesday before dropping back to a more bearable 23 to 25C for the rest of the week.

Weather in North Tenerife – Mainly sunny but with cloudy spells between Wednesday and Friday. There is also a 5-90% chance of showers from Wednesday onwards but they shouldn’t really amount to anything. Shade temperatures start the week at 23C rising to 25C on Tuesday before dropping back to 21/22C for the rest of the week which is low for this time of year.

Weather in East Tenerife –  Exactly the same as the north again which is highly unlikely given there is a completely different micro-climate for the east coast.

Weather in South West Tenerife – The hottest place on Tenerife, starting the week at around 34C in the shade and staying that way until Wednesday when things ‘cool’ down to 26C before settling at 23/24C for the remainder of the week.

Weather in the Mount Teide Crater – Sunshine all week.  Temperatures in the crater will range from 13 to 25C and 8 to 10C on the summit. There are quite strong winds forecast for Wednesday, Friday afternoon and Saturday morning so it’s worth checking if the cable car is running on those days before setting off.

Weather Forecast for Tenerife from 13th June to 19th June

From about this time of year, there usually isn’t usually a great amount of change in the weather on Tenerife between now and October. It should be hot and dry from here on in. The only variations are… […]