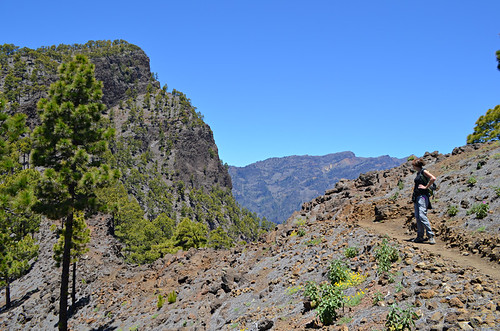 Tenerife Weather 30 May to 5 June
We’ve missed publishing the Tenerife weather forecast over the last couple of weeks due to walking on La Palma where it was mostly sunny and hot, borderline too hot for walking but perfect for stocking up on photos. From Spanish Met Office reports it seems it was mostly the same on Tenerife and since we returned on Thursday evening it’s certainly been warm and sunny with some cloudy spells and both the Corpus Christi flower carpets and the Romería de San Isidro in La Orotava enjoyed ideal weather.

Weather Forecast for Tenerife 6 to 12 June
The outlook for the coming week is much the same in all parts of Tenerife, mainly sunny and warm with a few clouds, especially over the weekend. The only difference could be in temperatures. In the north and east it should remain consistently hot throughout the week whereas in the south and south west the week could start very hot and end at being very warm.

Weather in South Tenerife –  It should be a sunny week with only a few clouds about, mainly over the weekend when there’s a slight chance of light showers (10-20%). Shade temperatures start the week very warm at 26/27C dropping a degree or so each day to end at around 22C on Sunday.

Weather in North Tenerife –  Much the same as the south with mostly sunshine with only a few clouds at the weekend when there’s a risk of a light shower (5-45%). It will remain consistently warm throughout the week with shade temperatures hovering around the 24C.

Weather in East Tenerife –  The forecast for Santa Cruz is much the same as the north except there could be more cloud over the weekend. But the sun will still dominate. Temperatures also match those of the north.

Weather in South West Tenerife –  Mostly the same as the south but a degree hotter and, as is usual, less of a breeze.

The Tenerife Weather This Time in 2015
So what happened this time last year? ‘… a week with plenty of sunshine in most places, but also with cloudy spells during the second half of the week when there could also be light showers.’

Weather Forecast for Tenerife from 28th January to 3rd February

Weather Forecast for Tenerife from 10th to 16th October

From late October, the weather starts to vary more, it’s fresher early morning and in the evening; although the daytime weather generally stays at almost… […]