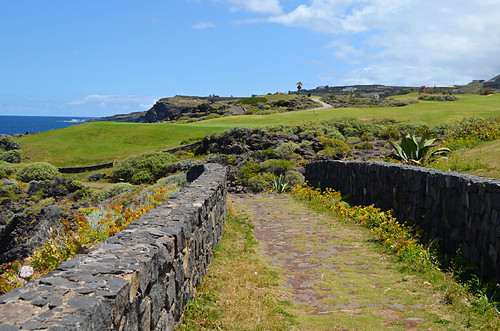 Tenerife Weather 9 to 15 May
Yet again the sun dominated for most of the week with occasional cloudy spells making an appearance. A wind in southern parts kept the temperatures feeling cooler than in northern areas at the start of the week. By midweek it was much the same everywhere although Sunday ended under quite a bit of cloud in the north.

Weather Forecast for Tenerife 16 to 22 May
At last the pattern of the weather on Tenerife changes to an outlook which is mainly warm and sunny everywhere on the island with only some light cloud and a slight chance of the odd shower.

Weather in South Tenerife –  It should be a sunny week with only a few clouds about. Shade temperatures start the week at 24C dropping slightly to 19/20C between Wednesday and Saturday before climbing to 22C on Sunday.

Weather in North Tenerife –  Monday could see mainly cloud with some sunny spells and a good chance of rain during the morning and overnight. From Tuesday it should be mainly sunny with some cloud. There’s a slight chance of showers but these would be most likely early morning or during the night. Shade temperatures start the week around 23C before dropping slightly to 20/22C from Wednesday through to Saturday before climbing back to 23C on Sunday.

Weather in East Tenerife –  The forecast for Santa Cruz is much the same as the north except there could be more cloudy spells between Wednesday afternoon and Friday. Temperatures also match those of the north.

Weather in South West Tenerife –  It should be a very sunny week in the south west with hardly any cloud at all until Sunday. Even then it will be mainly sunny.  Temperatures start the week at 23/24C before dropping a bit to 20/22C from Wednesday through to Saturday and rising to 24C on Sunday.

Weather in the Mount Teide Crater – Like everywhere else it should be mostly sunny in Teide National Park although there might be some cloud on Monday, Wednesday, Thursday and Saturday afternoons. On the upper slopes of Mount Teide it should be sunny all week. Temperatures should hover between 8 and 12C in the crater and 2 and 5C on the peak of Mount Teide.

The Tenerife Weather This Time in 2015
So what happened this time last year? ‘It was a mainly warm and sunny week across Tenerife with only some cloud about and not much sign on the coast of the showers that had been predicted. ‘