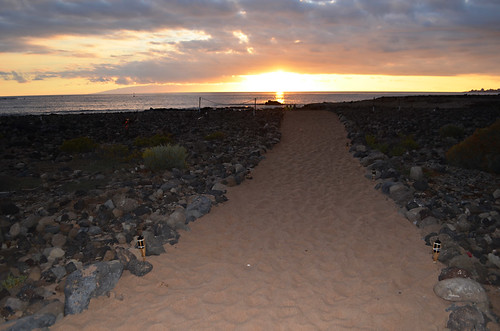 Weather Forecast for 22 to 28 June
There was plenty of sunshine as forecast, but there was also probably more cloud in southern parts than forecast. We celebrated Midsummer (San Juan) in the south of the island for a change, working on a couple of travel articles (one involving another photographer from the UK) over three days and it proved frustrating trying to get the full-on sunny beach and bar shots we were hoping for. The week ended sunny and very, very hot everywhere.

Weather Forecast for Tenerife 29 June to 5 July
It’s almost a re-run of last week’s forecast with a sunny week forecast everywhere with most places only seeing some cloud and a chance of showers on Thursday. The only exception is the north where there could be light cloud on more days than in other places. The week starts very hot before settling to only hot, But it looks like there could be another jump in temperatures by the end of the weekend.

Weather in South Tenerife –  It should be a sunny week with only a mix of sun and cloud on Thursday. There will be a 5 to 25% chance of showers between Thursday and Saturday (unlikely to affect the coast). Temperatures will start the week at 27C, rising another degree on Tuesday before settling back to around 24/25C until Sunday when there will be another jump to 28C in the shade.

Weather in North Tenerife –  It should be sunny every day in the north, but with some light cloud as well. Sunday could see some grey clouds mixed in with the sunny spells. There might be some showers on Wednesday night/Thursday morning (75%) and an outside chance of more on Sunday (20%). Temperatures will be around 23/25C in the shade for most of the week, a couple of degrees less on Thursday and Friday.

Weather in East Tenerife – Sunny for most of the week. Thursday and Sunday could see some dark clouds and a chance of rain (75% on Thursday, 20% on Sunday). Temperatures match those of the north.

Weather in South West Tenerife – It should be a sunny and very hot week with only Thursday morning seeing any cloudy spells and an outside chance of showers (20%). Temperatures will start the week at a blistering 30C, calming down to 25/26C midweek before climbing to 28C on Sunday

Weather in the Mount Teide Crater – It’s blue skies all week in Teide National Park, apart from the possibility of some cloud and possible showers at crater level on Wednesday night/Thursday morning. Temperatures should hover between 13 and 19C in the crater and 7 and 12C on the summit of Mount Teide. There will be strong winds on the summit on Monday and for part of Tuesday which could affect the running of the cable car.

The Tenerife Weather This Time in 2014
So what happened this time last year? The week started with a mini heatwave. It was hot and sunny in the south but hot and cloudy in the north.

Tenerife Weather Forecast From 24 to 30 October