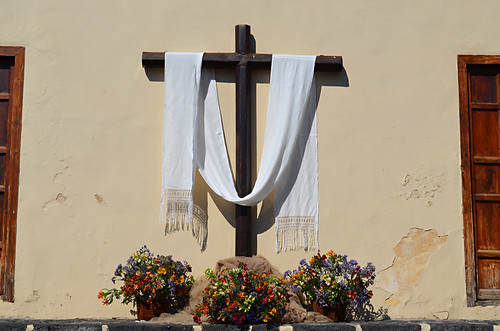 Weather Forecast for 27 April to 3 May
The week panned out more or less as predicted with sunshine dominating after another start to the week which saw cloudy spells. After that it was mainly hot and sunny for most of the week in coastal areas across Tenerife.

Weather Forecast for Tenerife 4 to 10 May
Much of the same as last week with cloud affecting some areas at the start of the week, which may even result in rainfall on higher ground. But mostly it should be hot and sunny. Signs from the mountain suggest a bit of a hike in temperatures at the end of the week, so it could a very hot weekend.

Weather in South Tenerife – Apart from some grey cloudy spells on Tuesday it should be another hot and sunny week with shade temperatures of 23/25C all week.

Weather in North Tenerife –  After some cloudy spells at the start of the week, it’s another mainly sunny week in the north with shade temperatures of 21/23C all week. There will be some light cloud on Friday and Saturday and a 15% chance of showers.

Weather in South West Tenerife – Similar to the south, it will be a hot, sunny week apart from some thick cloud on Tuesday afternoon. Temperatures will be between 23 and 27C, and that’s in the shade.

Weather in the Mount Teide Crater –  There’s a chance of rain in the crater on Monday and Tuesday and the cloudy spells could linger till Wednesday although  it will remain clear on the summit of Mount Teide. For the rest of the week it’s blue skies and sunshine. Temperatures should hover between 11 and18C in the crater and 5and 10C on the summit of Mount Teide. It could be quite windy higher up Teide this afternoon and also on Thursday, so worth checking if the cable car is operating at those times.

The Tenerife Weather This Time in 2014
A year ago it was mostly warm and sunny everywhere with an outside chance of showers in some places. After a warm week there was a rise in temperatures for the weekend. Sound familiar?