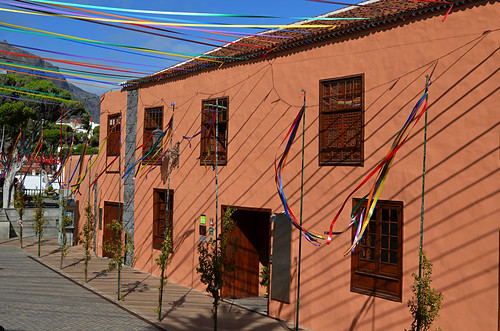 Tenerife Weather 15 to 21 August
There was rain in the north of Tenerife as forecast. It wasn’t much more than light rainfall for about an hour on Sunday evening where we are, but it freshened things up and, more importantly, dampened things down. Apart from that it was mainly a hot and sunny week in the south whereas it wasn’t as good as expected in the north where there were just a bit too many grey spells mixed in with the sunny ones.

Weather Forecast for Tenerife 22 to 28 August
The coming week is looking like more of the same with the south and south west due for another mainly sunny week and the north and east having a sunny first half but mixed second when there might be more showers.

Weather in South Tenerife – It should be mainly a sunny week with some light cloud at times. Temperatures should stick around 26/28C all week.

Weather in North Tenerife – It should be mainly a sunny first half of the week with a mix of cloud and sun and a 5 to 70% chance of showers between Thursday and Sunday. Temperatures should stick around 26/28C all week..

Weather in East Tenerife –  The outlook for Santa Cruz and the east matches the north with a sunny first half of the week and cloud and sun during the second part when there is a 5 to 85% possibility of light rain. Temperatures should hover around 24/25C throughout the week.

Weather in South West Tenerife –  It should be mainly a sunny week in the south west with temperatures of 29C on Monday and Tuesday and mostly 26/27C for the rest of the week.

Weather in the Mount Teide Crater – It should be sunny all week in Teide National Park and on the summit of Mount Teide. Temperatures should hover between 14 and 20C in the crater and 7 and 11C on the peak of Mount Teide.

The Tenerife Weather This Time in 2015
So what happened this time last year? ‘… It was mainly a sunny week with some cloudy spells most places on Tenerife. The week ended on a very hot and sunny note.’

Pic: In August Garachico manages to look even prettier than usual.