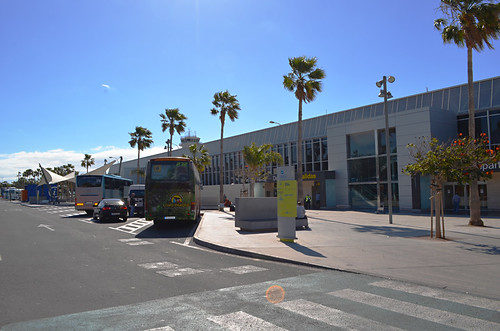 Weather Forecast for Tenerife 20 to 26 April
The week panned out more or less as predicted with sunshine dominating from Wednesday onwards. It was hot and sunny in coastal areas across Tenerife and for the second half of the week it felt more like summer than spring.

Weather Forecast for Tenerife 27 April to 3 May
There could be some cloud and even showers in some places on Monday morning. After that it should be mostly hot and sunny across Tenerife with a slight rise in temperatures during the second half of the week making it look like we’re in for a very hot weekend.

Weather in South Tenerife – Simply a warm sunny week with shade temperatures of 22/24C all week and a slight rise on Saturday.

Weather in North Tenerife –  After some cloud and sun on Monday morning, with a 75% chance of showers, it should be a sunny week. Shade temperatures will start the week at 19C rising to 20C midweek and again to 23/24C for the second half of the week. Sunday could see a mix of cloud and sun.

Weather in East Tenerife –  Like the north there’s a 75% chance of rain on Monday morning, but there will be more cloud. Apart from that it will be mainly sunny except for all day Wednesday and Thursday morning when there will be cloudy spells. Temperatures mirror those in the north.

Weather in South West Tenerife – Apart from Tuesday morning when there will be cloudy spells, it should be a sunny week in the south west. Temperatures start the week around 22C before rising to 23/24C between Tuesday and Thursday. It will be a hot weekend with temperatures in the shade reaching 26/27C.

Weather in the Mount Teide Crater –  There’s a chance of rain in the crater on Monday morning and there will be cloudy spells throughout the day. Tuesday afternoon and Wednesday morning could also see some cloudy spells in Teide National Park. Apart from that, it’s all blue skies and sunshine. Temperatures should hover between 9 and17C in the crater and 4 and 8C on the summit of Mount Teide.

The Tenerife Weather This Time in 2014
And yet again there’s a familiarity to the weather a year ago. “As forecast, it was mainly a warm week with mainly sunshine after a bit of a cloudy start to the week in the south. The north also experienced plenty of sunshine but it was one of those weeks where on some days cloud rolled in during the afternoon.” The only real difference is that the cloud didn’t roll in during the afternoon this year.

Weather Forecast for Tenerife from 25th June to 1st July

The start of the week sees the arrival of a serious heatwave that could bring temperatures of 36C in the shade to the south and south west coasts. Such is the severity of the heatwave, the… […]