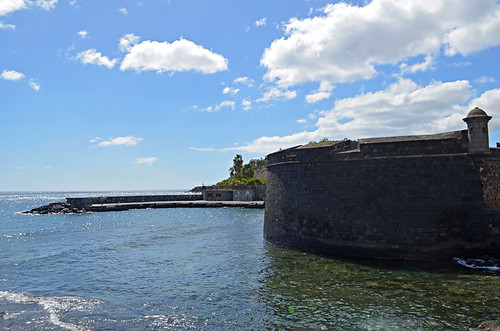 Weather Forecast for 22 to 28 February
It was quite a typical February week on Tenerife with a mix of sun and cloud most places and some rain in parts. The week ended on a weather alert for choppy seas in the south,east and west and gusting winds everywhere although we didn’t feel a breath in the lower Orotava Valley. Just 20 kilometres up the road a couple of inter island flights were diverted from Tenerife North Airport to Tenerife Sur and a couple of La Gomera flights were cancelled due to a bad weather front to the west of the island, so the alert did affect some places.
Despite roads into Teide National Park from the north remaining closed due to the recent snowfall in Teide National Park the week was bookended by warm, sunny days in many parts.

Weather Forecast for Tenerife 29 February to 6 March
We’re into the period where the seasons start to change which can bring mixed weather conditions. However, the outlook for the coming week is pretty good with mainly sunshine forecast, although there will be varying levels of cloudy spells in all areas throughout the week. Best for sunshine should be the south west. Temperatures are typical for this time of year, feeling cool in the shade but warm in the sun. Sunday could be a gloomy day most places with rain looking likely everywhere although the north looks best for some sunshine during the day.

Weather in South Tenerife –  It should be a mainly sunny week with some cloudy and hazy patches most days. Saturday should see more cloud than sun and Sunday could be a grey day with a strong possibility of rain (85%). Temperatures should stay around 21/22C in the shade for most of the week but there could be a slight drop from Friday and the week could end with temperatures closer to 17C.

Weather in North Tenerife –  It’s a similar picture in the north except there’s a possibility of showers on Tuesday (45%) and there could be less cloud and more sunshine over the weekend than in the south, although the likelihood of rain on Sunday will be the same (85%) . Temperatures start the week around 19C in the shade but drop from Friday to hover between 15/16C over the weekend.

Weather in East Tenerife –  Tuesday could be a grey day with a 45% possibility of rain. There will be more cloud during the rest of the week than in the north or south but the sun should shine most days at some point. Like everywhere else it looks like rain is definite on Sunday. Temperatures mirror those of the north.

Weather in South West Tenerife –  As is so often the case, the south west is the best area for sunshine with the sun dominating most days although there will be some light cloud about. Like the south, Sunday could be a gloomy day with a strong possibility of rain (85%). The week starts at around 20C, rising to 22/23C midweek before dropping to 17/18C for the weekend.

Weather in the Mount Teide Crater – It should be a mix of sun with some cloudy spells during most days in Teide National Park. Showers are forecast for every day except Wednesday (which could be very cloudy) and Thursday (possibly the sunniest day of the week). On the summit of Mount Teide it should be mostly sunny but there could be snow showers over the weekend. Temperatures should hover between 6 and 11C in the crater and -13 and 2C on the peak of Mount Teide. There are no strong winds

The Tenerife Weather This Time in 2015
So what happened this time last year? ‘After a week which saw some lovely spring like weather across Tenerife (although the breeze was still cool in parts) the weekend ended on a hot and stormy note as an angry calima brought and strong winds.’