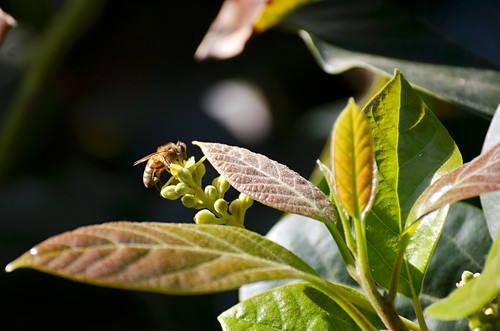 Weather Forecast for 28 February to 6 March
It wasn’t brilliant weather on Tenerife but neither was it exactly bad, there were possibly more cloudy spells than expected and a cool wind especially on the southern side of the island made temperatures feel on the low side. But as predicted the south west enjoyed sunshine during some ODF the time both the south and north were cloudy. Rain did fall but generally it was light and overnight so many people might not have been aware it actually happened. All roads to Teide National Park finally opened, with some restrictions, and a friend who visited on both Thursday and Friday showed us quite incredible photos. On one half of the park you’d hardly know there had been snow whilst the other half is still under a thick carpet of the stuff and quite stunningly beautiful as a result.

Weather Forecast for Tenerife 7 to 13 March
It looks like it could be more of the same over the coming week with a mix of cloud and sun everywhere on Tenerife except for the peak of Mount Teide. Showers are predicted for most areas as well but it looks like any rain could mainly fall during the night or early morning. After a Wednesday which could be quite grey, the second half of the week should be much brighter which most places enjoying plenty of sunshine.

Weather in South Tenerife –  It should be a mix of cloud and sun all week with the second half of the week brighter than the first half. There’s a slight chance of showers but more likely to be in the hills and overnight. Temperatures should stay around 18/21C all week.

Weather in North Tenerife –  It’s a similar picture in the north except Wednesday could be grey and cloudy all day. There’s a good chance it will rain at some poingt between Monday and Wednesday (75%) but it’s likely it could be at night or early morning. The second half of the week should also see more sun than cloud. Temperatures start the week around 19C in the shade drop to 16C midweek and climb a couple of degrees again for the weekend.

Weather in East Tenerife –  Much the same as the outlook for the north except there will be more cloud around during the second half of the week. Temperatures mirror those of the north.

Weather in South West Tenerife –  Although the pattern reflects what’s happening elsewhere, there will, surprise surprise, be more sunshine, especially during the second half of the week. Temperatures will fluctuate between 18/20C all week.

Weather in the Mount Teide Crater – The weather is much the same in Teide National Park where Monday to Tuesday could see a mix of sun, cloud and showers Monday to Wednesday and a sunny second half of the week although the cloud could return on Saturday afternoon. It should be sunshine all the way on the peak of Mount Teide until Saturday when that cloud might bring some more snow. Temperatures should hover between 5 and 8C in the crater and -3 and 1C on the peak of Mount Teide. There are no strong winds predicted.

The Tenerife Weather This Time in 2015
So what happened this time last year? ‘There’s not a lot to say, it was simply a beautiful week with fantastic conditions for both the Tenerife Walking Festival in the north and the Arona Carnival in the south.’