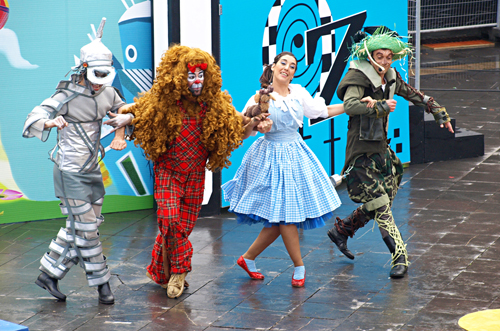 Tenerife Weather 2 to 8 May
Again it was another rerun of recent weeks with a good amount of sunshine and some cloudy spells before the weekend ended with a yellow level alert for wind and rain across all of the Canary Islands except Fuerteventura. As it turned out Sunday was mostly sunny although there were strong winds in many parts. In the lower Orotava Valley in the north it was mostly a beautiful day but it turned breezy late afternoon and the rain started early evening, continuing into the night. Some places clearly had it worse than others as flights to both El Hierro and La Palma were cancelled due to the effects of the passing storm.

Weather Forecast for Tenerife 9 to 15 May
The pattern of sun, cloud and rain continues over the coming week with all coasts experiencing cloudy days at some point, although which days those are may vary between different parts of the island. Rain looks certain at some point as well, but it could be at night or early morning.

Weather in South Tenerife –  The week should start with a sunny Monday morning and then it should be a mix of sun and cloud for the rest of the week with Tuesday, Thursday afternoon and Friday looking particularly grey. There will also be a chance of showers (5-90%) every day. Shade temperatures start the week at 23/24C and then will stick around 20/22C from Wednesday onwards.

Weather in North Tenerife –  Another week where the forecast is for a mix of sunshine, cloud and showers (a 5 to 95% possibility each day). Shade temperatures start the week around 23C before dropping slightly to 19/21C from Wednesday through to Sunday.

Weather in East Tenerife –  The forecast for Santa Cruz is much the same as everywhere else with a mix of sun, cloud and a 10 – 100% possibility of showers every day. Sunday looks as though it could be cloudiest with no sun forecast at this point. Temperatures on Monday and Tuesday should be 21C before dropping to 17/19C for the rest of the week.

Weather in South West Tenerife – Although the outlook is much the same for the south west there could be more sunshine each day with only Tuesday looking as though it could be dull for much of the day. Most days should see plenty of sunshine with some cloudy spells. But there’s also a 5 to 95% chance of showers, less likely as the week progresses.  Temperatures start the week at 23C before settling at 19/21C from Wednesday through to Sunday.

Weather in the Mount Teide Crater – The outlook similar for Teide National Park with a mix of sun and cloud every day as well as the chance of light showers between Monday night and Friday night. On the summit of Mount Teide there’s an outside chance of snow showers between Monday night and Thursday but mostly it should be sunny. Temperatures should hover between 7 and 9C in the crater and -3 and 4C on the peak of Mount Teide. The week starts very windy on the summit as the storm front in the Atlantic passes so the cable car might be affected till Wednesday.

The Tenerife Weather This Time in 2015
So what happened this time last year? ‘Whilst temperatures in the south were searing beneath the haze, things felt quite a bit fresher in the north. As the week progressed, it became very hot everywhere even when the calima shifted leaving a very hot weekend that felt more like summer than May.’

Pic: This is the week when art takes to the streets in Puerto de la Cruz but will the performers be singing in the rain or walking on sunshine?