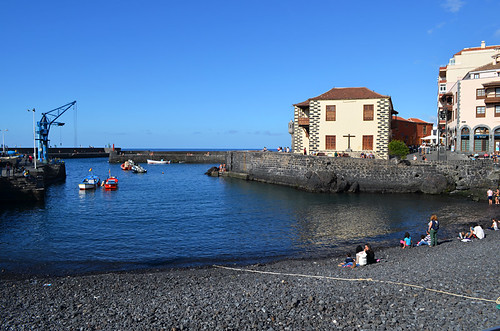 Weather Forecast for Tenerife 6 to 12 April
The week started with quite a bit of cloud about as predicted and some light showers in parts with the south enjoying more sunny spells than the north. From Wednesday it changed with the north being warm and sunny and the south having a bit more cloud and wind in some areas; although, as forecast, there was far more sunshine than cloud. The weekend was mainly warm and sunny in most places across Tenerife.

Weather Forecast for Tenerife 13 to 19 April
It’s looking like it might be a bit of a rerun of last week with plenty of sunshine across Tenerife and temperatures feeling lovely and warm in the sun. It looks perfect walking weather. There is a slight chance of rain on Monday and over the weekend but nothing serious.

Weather in South Tenerife – It should be a sunny week with only a few clouds about, mainly on Monday when there will a chance of light showers in the afternoon (25%), probably in the hills. Shade temperatures will be 19/22C all week.

Weather in North Tenerife –  It’s a similar picture in the north with a sunny week forecast. There will probably be some light cloud from Thursday onwards when there will be a chance of showers (5-25%). Shade temperatures will be 17/20C all week.

Weather in East Tenerife –  It’s a bit of a different picture in Santa Cruz and the east coast where Monday, Tuesday morning and Wednesday should be sunny but on every other day there will be quite a bit of cloud with Sunday looking sunless. Temperatures mirror those of the north and there will be a 5-25% possibility of rain during the second half of the week.

Weather in South West Tenerife – Sunshine all the way in the south west with any serious cloud only appearing at night. There’s a 20% chance of showers on Monday night. Temperatures will be around 20/21C in the shade.

Weather in the Mount Teide Crater –  There’s a chance of rain in the crater on Monday and over the weekend when it could be grey in Teide National Park and there might even be light snow on Mount Teide. For the rest of the week it should be mainly sunny with cloudy spells at crater level. Temperatures should hover between 6 and10C in the crater and -3 and 2C on the summit of Mount Teide. There could be strong winds on Teide’s slopes on Monday and Tuesday so check if the cable car is operating before travelling.

The Tenerife Weather This Time in 2014
A year ago it was much the same as predicted for the coming week. Mostly warm and sunny with a few cloudy spells and some showers.