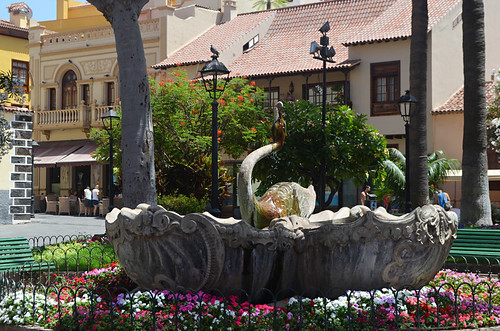 Weather Forecast for Tenerife 25 to 31 August
There’s not much to say about the weather on Tenerife last week. As predicted it was mainly hot and sunny and any cloud was a welcome relief from the heat. The waves played havoc with the southern coastline, sadly resulting in some tragic accidents. Weather alerts should always be treated seriously, especially when they come with misleading blue skies and high temperatures.

Weather Forecast for Tenerife from  1 to 7 September
Not much change, it will be hot and sunny everywhere with temperatures in the upper 20s. A forecast of rain on Mount Teide next weekend seems interesting and unusual for September.

Weather in South Tenerife –  Hot and sunny with temperatures starting the week around 29C before dropping a couple of degrees midweek and rising to 28/29C again for the weekend.

Weather in North Tenerife – After a few clouds this morning (not evident outside our window), it will be a hot, sunny week with temperatures around the 25C mark until the weekend when they will climb a couple of degrees.

Weather in South West Tenerife – Same as the south, possibly a degree or so hotter.

Weather in the Mount Teide Crater – Forecast for Mount Teide show a slightly different picture. Typical blue skies all week until Saturday afternoon when some rain is possible. If it rains on the mountain, it’s difficult to see how it can be sunshine everywhere else. We shall see.  Temperatures in the crater will range from 16 to 20C and 5 to 8C on the summit.