For years we used to wonder why, more often than not, when a goalkeeper got his hands on the ball he’d hoof it up the park where there might be a 50/50 chance it would land at the feet of a teammate. Half the time it results in simply giving possession away. It makes no sense… but it still happens a lot.

The answer is simple and it’s something that happens in different professions.

A few years ago we were increasingly irked by emails from an editor who worked for one of the UK nationals. Every so often they’d be peppered with words typed in CAPITAL LETTERS. Eventually Andy snapped and fired off an email back which pointed out that his emails came across as rude. In the world of online communications using upper case for words was considered as shouting. It could have resulted in a lost commission but to his credit he replied immediately, apologising and explaining that it was the way his editor had communicated with him. He had learnt it from his predecessor who had probably picked the habit up from his.

Sometimes people do things because that’s the way they’ve always been done. That doesn’t necessarily make it the best way to do them.

What’s all this got to do with walking routes you may ask? 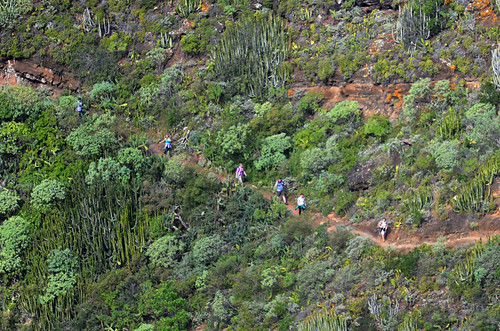 Have you noticed on walking routes here on Tenerife, or anywhere for that matter, that most walkers travel in the same direction? It doesn’t matter the language in the guidebook in their hands – English, Spanish, German – the chances are most will be following a similar route.

Both of us come from a working background where we were responsible for implementing new projects, trying things which were different from standard practice. The skills we developed then are equally relevant now, even though our jobs are quite different. 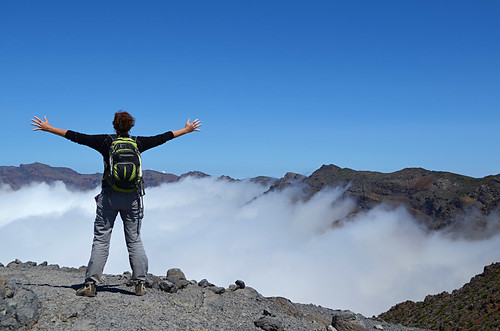 Working with slow holiday specialists Inntravel over the last few years has involved creating walking holidays from scratch in various destinations around Europe. In 2016 this included two holidays on La Palma, one in Corsica and one in the Berchtesgaden area of Bavaria. As these holidays often involve people walking from hotel to hotel, we have to find paths to link these hotels. Sometimes these are established routes, but more often than not it requires a lot of planning. It can be a bit like putting a jigsaw together. Not only do the routes have to serve a purpose, getting people from one hotel to another, they have to be walking routes which have lots of things of interest to see along the way as well as great views. 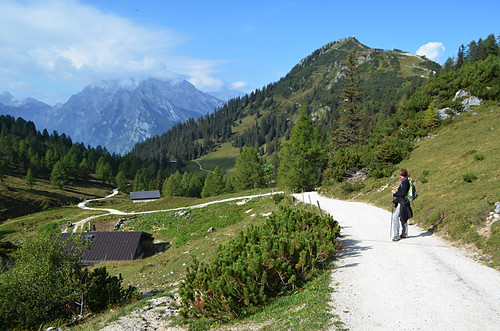 The upshot is many walking routes are designed especially for Inntravel clients, they won’t be found in anyone else’s walking guidebooks or on any other walking holiday company’s itineraries. It’s immensely satisfying not to simply follow what has gone before.

That’s one example of doing things differently. It’s something we try to apply to the walking routes we include in our Tenerife guides. Some we’ve patched together from the extensive network of paths which contribute to making the island a superb walking destination, others are classic routes which can’t really be bettered. 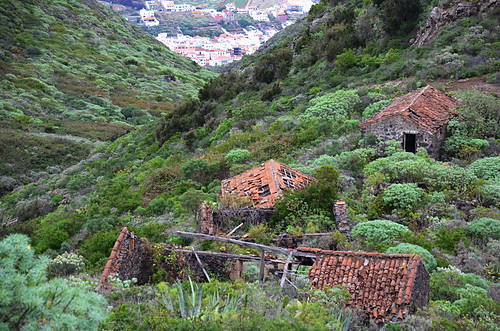 However, we still try to look at even established popular routes from a different perspective. Last week we re-walked a circular route from Los Silos we call ‘Black Caves and Broken Cottages’ – a clue to some of the things people will see along the route. It’s quite a challenging route, around 17km and with a total ascent/descent of over 1000m.

Currently the route involves climbing for two thirds of it before descending steeply for the final third. It’s an excellent route but we wondered whether it might be even better if we did it the other way around. People often follow the established pattern, but we regularly consider what routes might be like walking against the tide so to speak. 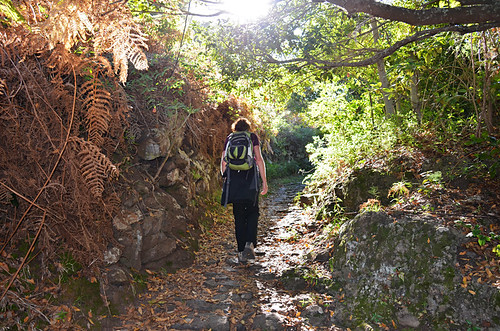 In the case of Black Caves and Broken Cottages it meant an initial climb of close to 900m over 5.5km. Hard work for sure, but although there wasn’t a cloud in the sky we were helped by the fact it involved climbing out of a deep ravine which by 10.30am the sun still hadn’t managed to penetrate fully. Even in January, that sort of ascent in full sun would make things more challenging… in a seriously sweaty way.

We saw nobody else, apart from a couple of farmers and inquisitive cats until we nearly reached ‘levelling out’ point when a small group of walkers passed, heading in the opposite direction. 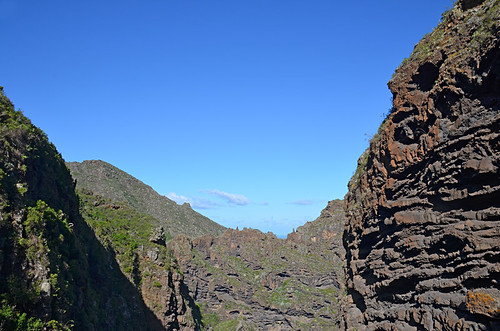 We reached Erjos just in time for lunch knowing, apart from one more small ascent, from here on we’d have a gradual descent all the way to sea level. The hard work part of the route was over.

The idea was to see if it worked better doing it the ‘wrong way’.

A friend we’d taken with us declared it the best walk he’d ever done. But he hadn’t walked it the other way. 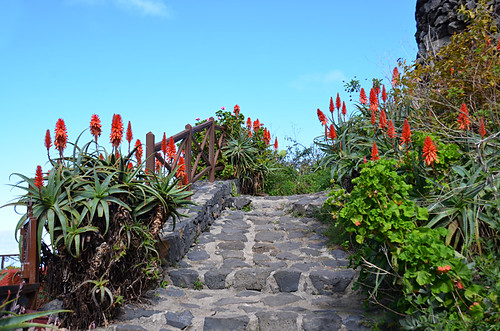 Normally it can be quickly obvious which way a route works best, and it’s not always the one which most guidebooks follows – that’s the doing it the way it’s always been done syndrome.

But in this particular case we can’t decide. There are pros and cons for both. 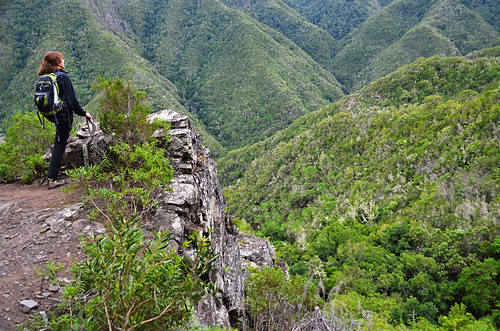 Deciding whether to leave it as it is, or to change it to walking the ‘wrong’ way in our Walk this Way Tenerife guidebook has posed a bit of a problem.

However, in this case it’s a problem we don’t really mind. Walking it in either direction rewards with an equally cracking route.