“After 100m turn left up the steps signposted Camino de los Guanches and Llanos de Chimiche on the PRTF-35”, I read aloud.
We were standing at the foot of the steps and there was no signpost at all, let alone one that pointed us towards the Camino de los Guanches. Still in the actual car park, this was not a good start to the directions we were following. 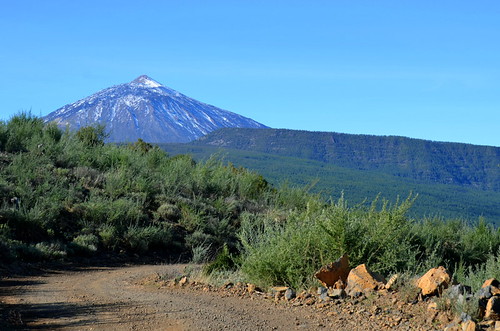 The even worse news was that we weren’t following someone else’s notes, these were our own directions for The Guanche Way in La Orotava, last walked less than 18 months ago. As we continued on the route, correcting our notes as we went, more signposts were missing, a whole area in fact, as all mention of Llanos de Chimiche had mysteriously disappeared, along with the PRTF-35. 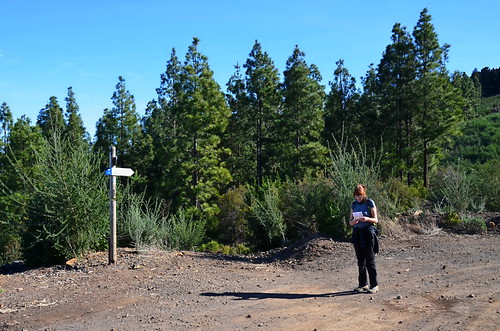 Compiling walking directions in the Canary Islands is a bit like painting the Forth bridge used to be before they invented a paint finish that better weathered the conditions. In reality, we could spend 100% of our time re-walking routes and by the time we walked the last one, the first one would have changed.

Whilst we applaud the fact that the authorities have cottoned on to the growth in active leisure tourism and are investing in the maintenance of walking routes across the island, what they seem to fail to realise is that, every time they decide to re-route a path or change the signage, every walking guide and book is immediately out of date. It might not matter so much if a signpost was just replaced with a new one, or moved a couple of metres along the path, or even had a new direction added but the wholesale removal of signposts and of entire destinations is another thing altogether. 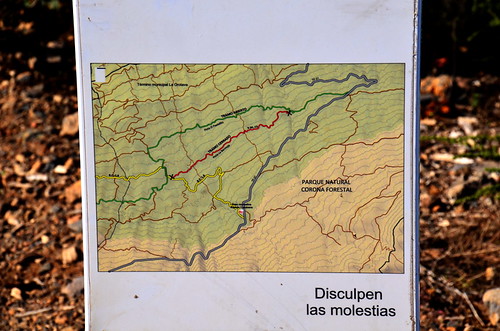 Further along our route, we reached a fork in the path where our directions tell you to take the left path. Unfortunately, that path is temporarily closed and walkers are forced to take the right path. A section of a map pinned to the barrier across the path shows that the detour seems to loop in a wide semi circle below the closed path and then re-join it further along. In reality it wasn’t quite that straightforward and were it not for the fortuitous appearance of the well-marked GR131, you could be wandering forest trails until the goats came home. 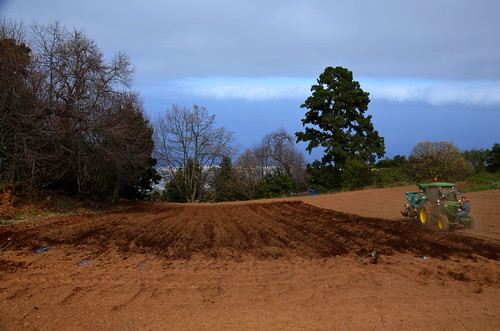 The more disconcerting aspect of the ‘temporary’ path closure we encountered is that this is the second route in the La Orotava Valley to be closed, the Los Órganos route now being into its third ‘temporary’ year of closure and not looking likely to re-open in the near future. With the Cabildo investing heavily in marketing their active holidays, the Tenerife Walking Festival scheduled for May, and this being peak walking season, it’s about time La Orotava got its footpaths act together. This is one of the most beautiful areas of the island for walkers and yet it seems, one by one, paths are being compromised. 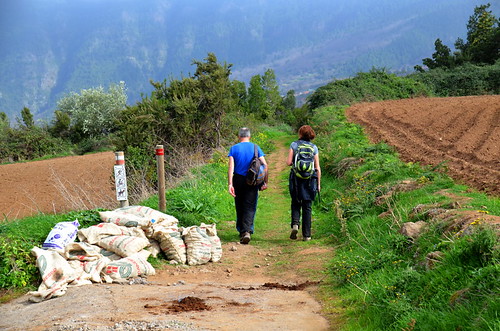 On the up side, the fact that the start to the route is now completely unsigned means that we never saw another soul on our walk until we reached the GR131. And the scenery hasn’t changed, that’s just as glorious as ever.

The updated Guanche Way is one of our Northern Exposure, self-guided walking directions available to buy online: