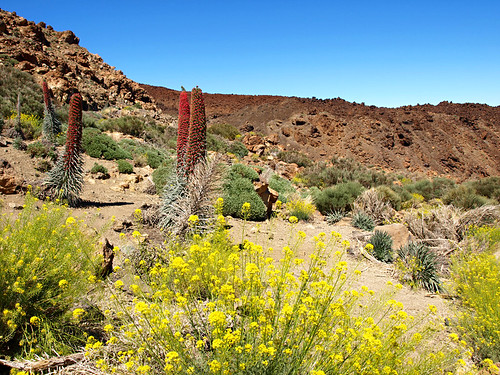 Weather Forecast for Tenerife 5th to 11th May 2014
Having missed the weather forecast for the last couple of weeks due to walking in the Italian Lakes, we returned to a red hot Tenerife last Thursday. After that it was a mix of sun and cloud with occasional showers; typical end of May weather.

Weather in South Tenerife –  After a few clouds mixing with the sunshine and a slight chance of rain (25%) on Monday, it will be a sunny week with temperatures staying around 22/23C.

Weather in North Tenerife – A mix of sun and cloud all week in the north with a 10-80% possibility of rain most days. Temperatures will stay at 20/21C throughout the week.

Weather in East Tenerife –  A mix of cloud and sun with Wednesday to Saturday being very cloudy. Like the north, there’s a 10-80% chance of rain all week. Temperatures are the same as the north, 20/21C.

Weather in South West Tenerife – After a partly cloudy Monday it will be a gloriously sunny week with temperatures a perfect 23/24C.

Weather in the Mount Teide Crater – Cloudless skies all week in Teide National Park with  Temperatures in the crater ranging from 7 to 15C and 0 to 5C on the summit. There are no strong winds forecast so the cable car should be running normally.

Pic: The time to see tajinastes in bloom in Teide National Park.