Which is the best Canary Island for hiking? That’s easy, everyone knows the answer to that question, even people who come out in a rash at the very idea of walking in the countryside.

But the fact is some are better than others.

This is our views on each of the islands. 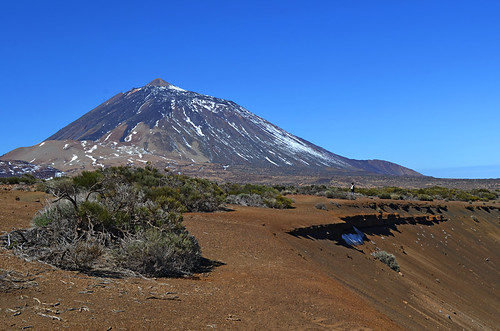 For years overlooked by the British (not other nationalities) as a serious walking destination thanks to its one dimensional image as a fun in the sun, cheap and cheerful holiday destination. With pine forests, laurisilva forests, wide valleys, narrow ravines, coastal paths and a volcanic wonderland with the world’s third highest volcano as a centrepiece, Tenerife offers more diverse walking than many people realise. An ancient network of paths link historic settlements creating ready made walking trails all over the island.
Plus Points: The most diverse landscapes of all the islands. Most people come to sunbathe leaving many trails free of other walkers (apart from a couple of the ones that are popular with the big walking groups).
Minus Points: Parts of Tenerife are built up, so being able to step from your hotel and onto the trail is rare. The best walks require quite a bit of travelling to get to. 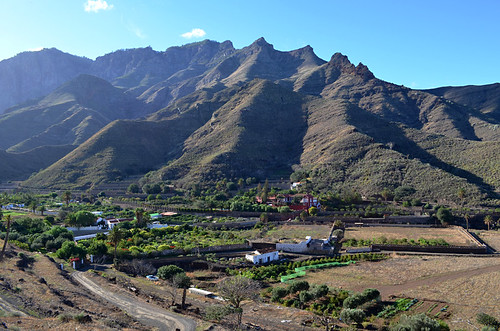 Another island that is overlooked in terms of what it has to offer walkers, yet there are plenty of stunning walks all across Gran Canaria. We’ve walked from south to north and were blown away by the scenery and the diversity of the walking which, because there is no Mount Teide in the way, has much more sweeping vistas than Tenerife. Hill towns are generally more picturesque than on Tenerife and routes traverse arid plains, flat plateaus, pine forests, steep ravines and rocky coastlines.
Plus Points: Beautiful and quiet routes for the same reason as Tenerife. There are also more places where there are a choice of routes directly from rural hotels.
Minus Points: Quite a few routes aren’t very well signposted but apart from that, there are few minus points. 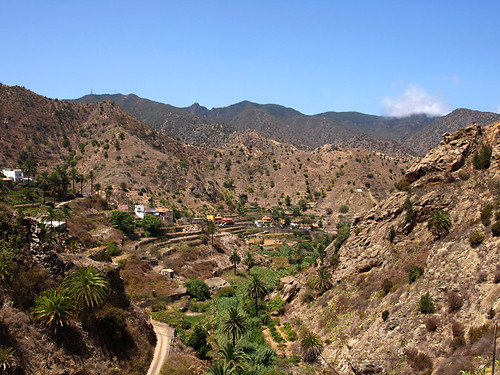 The most famous Canary Island for walking and it is spectacular. A small local population and a shortage of decent beaches means that most of the island has escaped development, leaving nature to run wild. Dense ancient laurel forests and rainforest carpet much of the centre and north giving some parts the appearance of South America or Central Africa whilst some southern slopes are dead ringers for the Atlas Mountains. Ravine after ravine means that walking on La Gomera usually involves lots of ascents and descents on any one route.
Plus Points: Fabulous routes. You can walk from pretty much anywhere to anywhere; the island is geared up for walkers and signposting is better than other Canary Island.
Minus Points: You’re often in a rainforest so it doesn’t take a genius to work out what that means. But the biggest minus is that La Gomera is a victim of its fame. You won’t be alone on many of the routes. 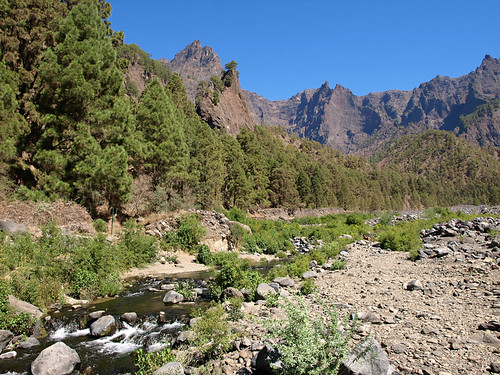 We’re extremely fond of La Palma. It’s big enough to be lively when you want it and small enough for tranquility when that’s desired. Yet it is ignored by mass tourism making it possibly the purest of the Canary Islands. There’s a reason it is known as La Isla Bonita – it is the fairest of all. La Palma has some of the most stunning walking routes you’ll find on any island. La Caldera de Taburiente is one of the best routes we’ve walked and Marcos y Cordero one of the most unusual. With forest, rivers, waterfalls and newly formed volcanic lands, La Palma is an island full of surprises.
Plus Points: The walking is simply stunning and the island is lush, beautiful and very Canarians.
Minus Points: It can be really convoluted to get to the best walks and although tourism is low key, these ‘best’ walks can be relatively busy. 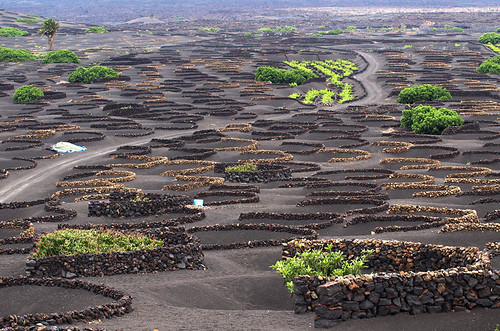 There are people who love lush forests and then there are those who prefer arid lands pockmarked by volcanic cones and lava fields. Lanzarote will suit the latter. The landscape is interesting, different and dramatic from a geological perspective and vistas across to La Graciosa are magical.
Plus Points: Not very challenging walking through violent landscapes and walking on La Graciosa is like walking on a desert island.
Minus Points: There’s very little diversity. 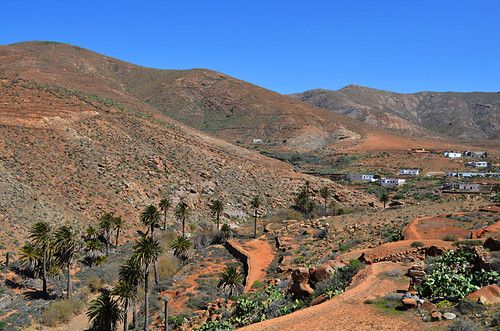 You’d expect Fuerteventura to be similar to Lanzarote, it’s not. Where Lanzarote’s landscape is aggressive and masculine, Fuerteventura is softer and more feminine. It’s also vibrant; rolling hills of burnt orange that change colour. Fuerteventura hides its secrets in ravines, caves and dry riverbeds where streams trickle, goats watch you curiously and vultures soar. There’s more diversity than you’d imagine.
Plus Points: Totally ignored as a walking destination there are some fabulous hikes through pretty towns and over those incredibly orange hills. This feels more African than any of the other islands.
Minus Points: Absolutely no shade combined with an ever present wind can become tiresome. Route signs are almost non-existent apart from the GR131 route. 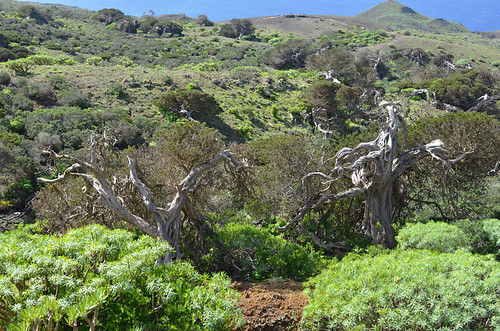 El Hierro way out at the end of the world is an enchanting place for walking. It feels unlike any other Canary Island and it wouldn’t take too much to believe in magic on an island like this. Despite being small, there are wonderfully diverse routes through atmospheric forests, across sweeping valleys and through farmlands that could easily be the Yorkshire Dales. El Hierro still feels undiscovered. The little walking cherry on the Canary Islands walking cake.
Plus Points: Full of wild and wonderful walking and surprises like the spooky and surreal sabine forest. Routes are decently signposted.
Minus Points: It’s small so not as much diversity as some of the bigger islands.

So which is the best Canary Island for walking? Like I said at the start, it’s not that simple.

La Gomera is tops for getting straight onto the trail; Tenerife has by far the most diversity… and Teide National park; La Palma boasts the biggest wows and El Hierro the most magic whilst Gran Canaria has a little bit of each.

The truth is, it’s impossible to choose.

Jack is co-owner, writer and photographer for BuzzTrips and the Real Tenerife series of travel websites as well as a contributor to online travel sites and travel magazines. Follow Jack on Google+