Whenever any friends who are into hiking visit us for the first time we always take them to Anaga for a guaranteed spectacular introduction to walking on Tenerife.

It is simply the best area for walking on the island. 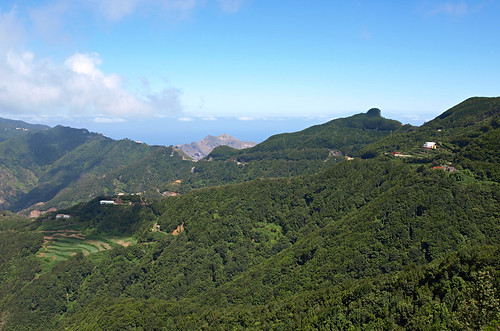 Despite its proximity to Tenerife’s two cities, La Laguna and Santa Cruz, Anaga is wildly remote; a rugged, demanding terrain which has deterred all but the few hardy souls who work the land, toiling on narrow scars cut into steep precipices. Nature rules supreme in Anaga. Fail to show due respect and the land will swallow you up. People do get lost in its lush ravines, even locals. We got lost the first time we walked in Anaga, mainly thanks to the inadequacies of the directions on the flimsy, official route we were following. That experience and other similar ones prompted us to start writing our own walking routes. 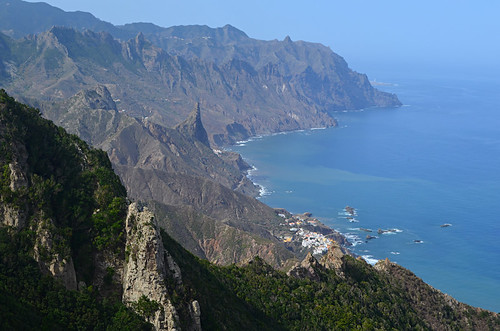 Anaga is also difficult to get to from resorts, which keeps it free from masses of people. There are coach excursions, but many roads in Anaga are so narrow and winding that these can only reach a fraction of the land mass that makes up what has been recently designated a UNESCO Biosphere Reserve – a place where humans and nature exist in harmony. 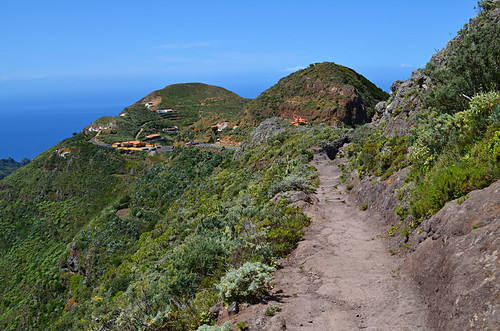 This is part of the beauty of this mountainous part of Tenerife. It is sparsely inhabited, only a few hamlets and villages break up the landscape. If anything they compliment it, adding extra interest. There is usually a restaurant of sorts in each settlement, convenient for refreshments and culinary refuelling mid and post-walk. 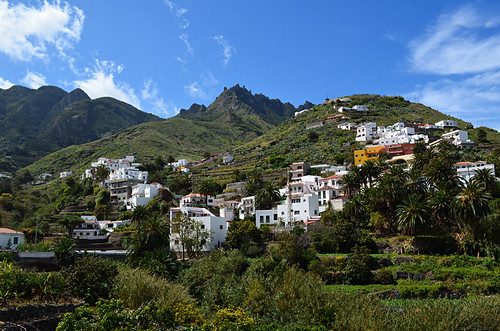 Many things written about Anaga focus on its ancient laurisilva forests. Atmospheric though they are, especially when the bruma (misty low cloud) sweeps through them ghostlike, the dense laurisilva is only one aspect of Anaga’s character. In parts you can stand and see exactly how Tenerife’s micro-climates work with one scene including misty, lush emerald slopes as well as sun-kissed, arid hillsides. Routes emerge from dense dank forests into sunny plateaus, or onto volcanic trails overlooking sections of the north east coast which few visitors would recognise as being Tenerife. In fact, many people familiar with Tenerife would possibly struggle to recognise much of Anaga as being the same island they’ve been visiting for years. 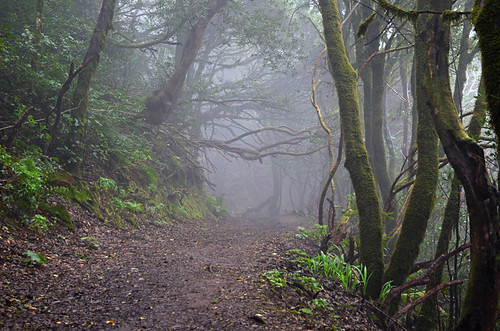 It is a land full of surprises – mini drago forests, hamlets whose streets are little more than goat trails, ravines where there are always sparkling pools even in the height of a long dry summer, people still living in caves, a fishing village you can only reach on foot or by boat. But it is Mother Nature who has fashioned the most impressive aspects – the scenery. 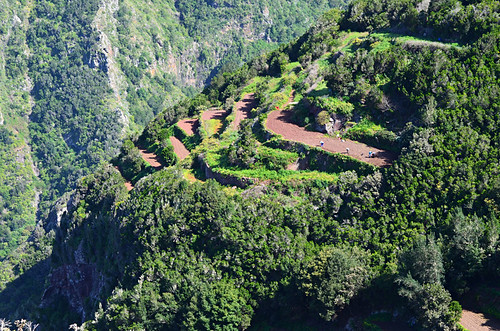 It is astounding. No matter how many times we’ve stood on a narrow trail on a hillside gazing over Anaga’s curves and sharp contours it never loses its punch in the gut impact. The Anaga scenery delivers a knock out blow to any notion that Tenerife is a dry rock that has been overdeveloped for tourism. 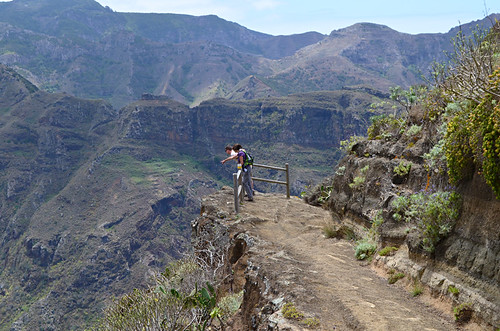 Everybody we have taken there has had their perceptions of Tenerife totally re-booted.

One of the things we particularly like is there are not many shortcuts to seeing the best of Anaga, the only way is to strike out on foot. That means it keeps its greatest rewards for those who are willing to make the effort.

Our Anaga Mountains – Stepping Back in Time PDF routes include most of the areas in the photographs featured above whilst our Walk this Way guidebook includes all of them.

We’re proud to announce the birth of Real Tenerife’s Town & City walking series starting with a guide to one of our favourite places on Tenerife, Santa Cruz. […]