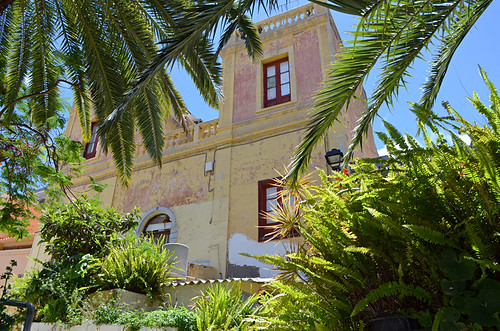 Tenerife Weather 25 to 31 July
Despite it being mainly a hot week, it wasn’t particularly pleasant thanks to a calima hanging about which brought high temperatures early in the week and left a lingering hazy, dusty, sticky cloud. In the north the week ended with some grey belly of the donkey weather. Sometimes you just get these weeks in July.

Weather Forecast for Tenerife 1 to 7 August
The week starts hot and sunny everywhere on Tenerife and more or less stays that way until Thursday, although there will be a bit more cloud in the north and north east than in the south and west. It looks like there could be another weather alert on the horizon as temperatures are predicted to soar everywhere on Friday and Saturday before settling down again on Sunday. The only exception to the pattern in most parts is Santa Cruz. Generally we think the Spanish Met Office forecasts are as good as you can get, but for some reason the predictions for Santa Cruz often don’t match the reality, which is nearly always much better than predicted. It’s a mystery why. The reading is taken at almost sea level so it’s not the same as the places on Tenerife where readings are taken in the hills, confusing the hell out of people who don’t understand how these things work.

Weather in South Tenerife –  It should be another sunny week with only some a few fluffy clouds making an appearance now and again. Temperatures should stick around 28/30C for much of the week, rising to a sweltering 34C over the weekend before dropping slightly to 31C on Sunday.

Weather in North Tenerife – It should be mainly sunny with only some light cloud apart from Saturday and Sunday when there could be cloudy spells. Monday to Wednesday should see perfect shade temperatures of around 27C, climbing to 29C on Thursday and then 33C on Friday and Saturday before dropping to 29C on Sunday.

Weather in East Tenerife –  The outlook is different for Santa Cruz and the east where the first half of the week should be sunny but there could be cloudy spells between Wednesday and Sunday. There’s also a possibility of showers during the second half of the week (5-20%). Temperatures start the week at 22/24C, climbing to 27C on Friday and Saturday before dropping slightly to 26C on Sunday.

Weather in South West Tenerife –  Much the same as the south except temperatures could be around a degree hotter, especially on Saturday which could also be quite cloudy.

Weather in the Mount Teide Crater – It should be full on sun in Teide National Park and on the summit of Mount Teide until Thursday night when some cloud could roll in bringing a risk of showers over the weekend. Temperatures should hover between 17 and 25C in the crater and 11 and 14C on the peak of Mount Teide.

The Tenerife Weather This Time in 2015
So what happened this time last year? ‘… It was a bit of a bizarre week as far as weather was concerned. It was hot and there was sunshine but across the island it was occasionally masked by a strange mix of calima and misty cloud.’