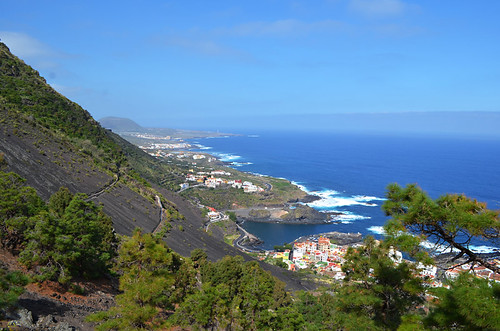 Weather Forecast for Tenerife 9 to 15 March
There’s not a lot to say, it was simply a beautiful week with fantastic conditions for both the Tenerife Walking Festival in the north and the Arona Carnival in the south.

Weather Forecast for Tenerife 16 to 22 March
The week starts sunny and warm across Tenerife and although cloud rolls in everywhere from Wednesday afternoon, bringing a good chance of rain (especially over the weekend), the sun should still shine every day at some point. Unfortunately, the recent warm temperatures will be affected and there will be a drop from Wednesday afternoon onwards. It’s March, so there’s often a little wobble before spring kicks in properly.

Weather in North Tenerife –  The pattern in the north is much the same as the south except with less cloud on Wednesday but more on Friday and Sunday. There’s a 20 to 85% chance of rain from Wednesday with the weekend looking most likely for rain. But as sun is forecast as well, there’s a good chance it could be during the night or early morning. Temperatures start the week at 19C, before dropping to 16C for the second half of the week.

Weather in East Tenerife –  Again the pattern reflects that of everywhere else. Sunny till Wednesday, then cloud and sun for the rest of the week with Wednesday, Thursday morning and Sunday looking cloudiest. There’s a 20 to 85% chance of rain from Wednesday with the weekend favourite for rainfall.

Weather in South West Tenerife – The same story as everywhere else; a warm (23C) and sunny start to the week with a drop in temperatures from midweek (to 17C) and cloud, sun and the possibility of rain from Wednesday afternoon onwards.

Weather in the Mount Teide Crater –  Monday and Wednesday should be sunny but there will be cloud and sun every other day with possible rainfall in the crater from Wednesday through to the weekend. The pattern on the summit is quite different with it being mostly sunny till Friday when very cold temperatures could result in snow over the weekend. Temperatures in the crater will range from 3 to 9C and between -9and 1C on the summit of Mount Teide. Although there could be rain and snow, it shouldn’t be a particularly windy week, apart from Wednesday night/Thursday morning on the higher slopes of Mount Teide.

The Tenerife Weather This Time in 2014
Yet again the weather for the same week in 2014 was uncannily like the weather predicted for the coming seven days – warm and sunny start; cloud, sun and the likelihood of rain over the weekend and a drop in temperatures during the second half of the week.

Pic: Ideal conditions for walking in the north west of Tenerife last week.

Weather Forecast for Tenerife from 21st March to 27th March

Normal service should be resumed this week. It should be mostly sunny everywhere on Tenerife throughout the week. The warm weekend temperatures should… […]