“Where’s the path gone?”, Jack’s voice came from behind me.
I looked up from the thin, stony path we were traversing along the side of a sheer barranco, the depth of whose floor was so far below us that I couldn’t even see it from where I stood.
“It’s over there, running along the ridge below that old water channel.”
“But how do we get to it, and where does it go from there?” 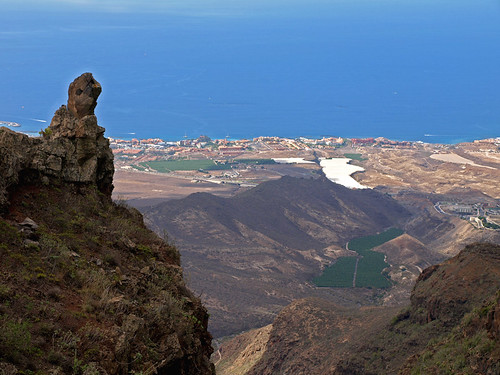 I stopped and traced the path ahead to its furthest point west where it seemed to disappear. I then traced it back to where we were standing and a few meters ahead I could see a gap where erosion had left a ledge too narrow for the width of our feet to cross.
“We can probably get over this gap if we face into the rock face, edge sideways over the ledge and hold onto the water channel as we go. Once we’re over, we can see where we go from there.”

Having traversed the eroded ledge Lara Croft-style, we continued to follow the trail to the point where it had looked as if it disappeared. And that’s exactly what it did. Where once the path had been, erosion had removed the ledge altogether and we stood, at the end of the path, literally.

Arriving on the island over a decade ago and keen to explore its walking potential, our earliest experiences involved a book of self guided walks which was almost entirely GPS dependant and therefore not really to our liking, and using the free leaflets that we picked up at every Ayuntamiento (Town Hall) across the island as we travelled and researched for our features.

The missing Adeje path we were on that day was just one of the many aborted routes we traversed as we came to realise that the free leaflets given out by Ayuntamientos had been reprinted year on year without anyone actually having walked the routes for decades. Erosion in the Canary Islands is a pernicious and ravenous beast and the chances of paths that traverse ridges still being intact after decades, are slim. Here, nature rarely stands still and you have to constantly walk routes to discover that. 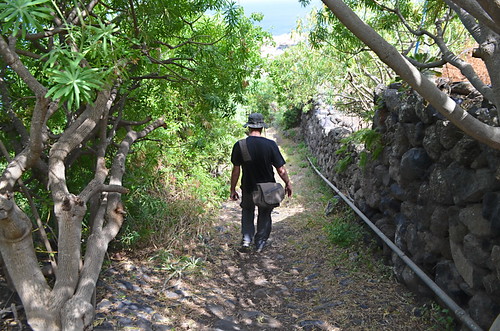 Fed up with facing dead ends and potentially dangerous obstacles, we resolved to produce our own guides, which is how Island Walks came about. Over the course of years, we mapped our favourite routes, many of them well trodden paths which, as the Cabildo (island government) have woken up to the rising popularity of walking holidays to Tenerife, have become better signed and waymarked.

But the Island Walks routes we like best are the ones that are not on the radar of the walking groups, the ones that take unexpected twists and turns, that traverse paths that once formed lifelines between communities but have long fallen into disuse. Those are the routes that give us most pleasure. 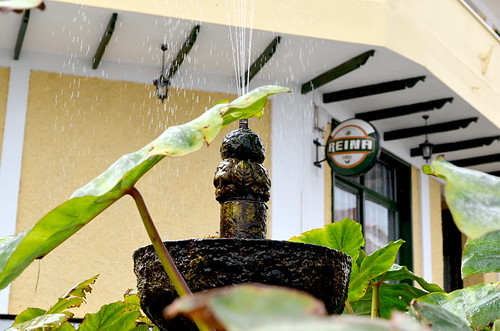 Having spent so many years researching in local libraries and gathering a depth of knowledge about every part of the island, when we decide to look at a new route, we delve into the abyss of our information and piece together what we think may be a plausible path. After that, legwork has to take over. Blessed with a sense of direction to which I could never even aspire, and map reading skills that constantly amaze me, Jack has a nose for where routes are likely to be plausible and where they’re not. Coupled with our knowledge of the history of the island and topped off with years of experience of how to read the ground, we work as a team, uncovering circular routes that don’t just clock up the kilometres, but provide interest and variation in terrain and landscapes.
Yesterday was one such an outing. 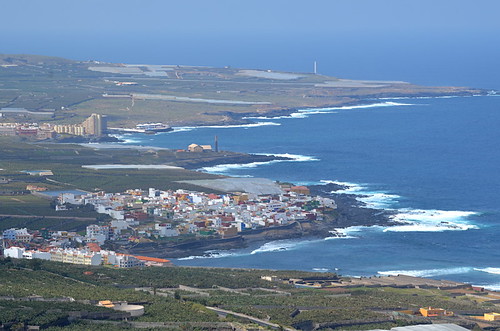 Planning on re-walking one of our existing routes out of Garachico to make sure it was still accurate, we decided to look and see if we could make it circular instead of its current, out and back again format which, while a great path, is never as satisfying when the views back are the same as the ones out. Our research led us to believe that there could be a way to make the route circular, but whether or not it would work on the ground was another matter entirely.

Once we had reached the point where we would normally turn around and head back, we followed our noses onwards and were delighted to see lots of small details which are completely missed when you drive through a place. Allotments brimming with spring vegetables; a lava rockery fronting a cave; a small fountain in the middle of a road; the sort of things that are a real pleasure to stumble across on a walk. Best of all, what we found was a lovely old path that opened new vistas and an ideal return route. 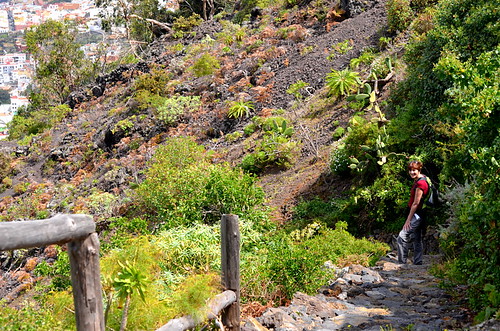 As always, there was a fair amount of trial and error involved in uncovering the trail. One or other of us would stay at a junction with the GPS while the other went off exploring a possible path to see where it led before returning to begin recording the distance again. Sometimes we followed a path only to find that it ended at a drop, or at somebody’s garden gate. At one point we thought we’d reached another dead end, only to spot some steps dropping down by the side of a garage and decided to follow them. They turned out to be the path we’d been looking for, and we had so nearly turned back.

Many years ago we decided on a slogan that we thought was perfect for what we were doing. We may have used it once or twice but it got lost somewhere along the way. Yesterday it came back to mind because it perfectly sums up what we do.
We get lost, so you don’t have to. 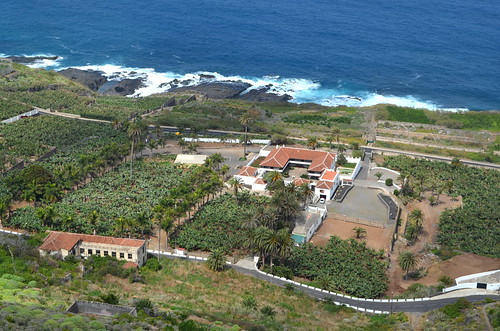 We arrived back in Garachico with a brand new, circular route that opens up a whole new series of views, several quirky corners and some lovely old paths used only by neighbours and by cats on their morning constitutionals. Those are the best routes. And you’ll find lots of them in our new book which is on the cusp of being published.
Watch this space 🙂