A question we often get asked is ‘where is a good base for walking on Tenerife?’

There are so many ways to answer this question. It can depend on individual preferences, especially on an island like Tenerife where the terrain is so diverse, not to mention the confusing micro-climates or the differences between walking at coastal level or altitude and so on.

Without asking a multitude of questions in return we tend to take an approach based on being closest to what we consider the best areas for walking, which just happens to coincide with the official view. Puerto de la Cruz is a good base (and the base for the Tenerife Walking Festival) as it has excellent public transport links and is centrally located for getting to the best walking areas – Orotava Valley, Teide National Park, Teno and Anaga, although the latter isn’t easy to access from most places. 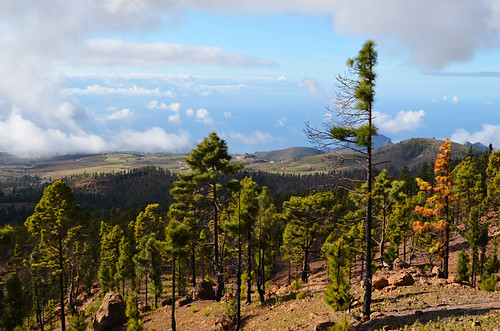 However, there’s another way to word the question which would result in different answers.

Where’s a good base for being able to step from my hotel and onto various hiking trails on Tenerife?

There aren’t that many places on Tenerife where you can do this. One of them is Vilaflor on the edge of the pine forest way above the south coast. 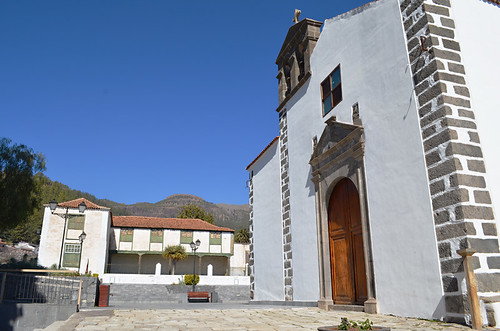 Despite what many a tour guide will tell you, Vilaflor isn’t the highest town/village in Spain. At 1400m above sea level, it’s often above the clouds but there are towns/villages in mainland Spain which are quite a bit higher.

It is one of the loveliest towns on Tenerife, helped by a pine forest backdrop and a picturesque plaza.

Although being worth a visit, Vilaflor rarely gets busy as tour buses bypass it on their way to Mount Teide. We were on one recently where the driver told passengers the bus couldn’t go through the town as it was pedestrianised. Another tour guide spin on things. The truth is the streets are too narrow for coaches.

To be a good base for walking, there has to be a few essential ingredients: 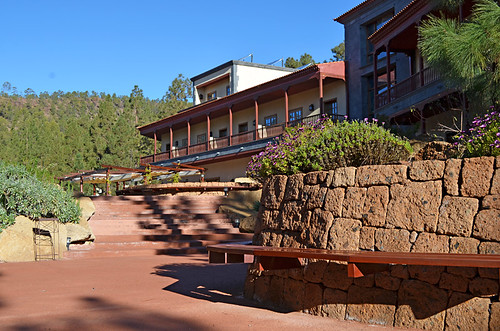 Where to stay in Vilaflor?
When we fancy a bit of pampering we opt for Spa Villalba Hotel above the town. It’s affordable luxury and the spa is a real treat after a long walk. The food is also very good. For a budget option we stay at Alta Montaña which is also above the town and is friendly, quirky and comfortable. But there a few other options in the town itself.

Are there places to eat?
We’ve been caught out in other rural towns on the Canary Islands where there’s plenty of restaurants to feed day visitors but after dark, finding food can be a problem. Both hotels I mentioned serve food, so it’s not a problem in Vilaflor and there are a handful of restaurants in the town itself, most serving basic Canarian cuisine. The only problem can be opening times which don’t always match restaurants’ official ‘horarios’. However, there’s always somewhere open. 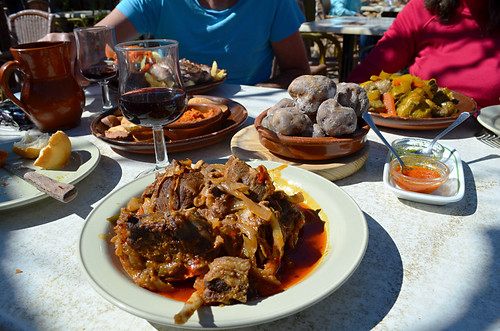 Shops to buy supplies?
Another problem with some small villages is finding somewhere to pick up water (I resent paying over inflated hotel prices for water), maybe a bar of chocolate, ingredients for a picnic and a bottle of wine for a post dinner relax. Vilaflor has a couple of decent local supermarkets which can sort all  these needs out. In fact you can pick up some very decent and reasonably priced local wine you wont find anywhere else. 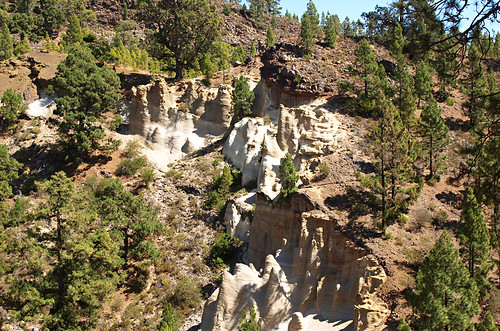 Is there enough variety in the walking routes?
To be a good walking base a location should have access to a variety of walks offering different attractions. I wouldn’t say Vilaflor offers the best variety on Tenerife, but it has enough for a couple of days. In one direction there’s the strange rock formations at Paisaje Lunar, in another you can ascend through the pines to Teide National Park itself (some stunning routes in that direction). Yet another leads through potato terraces and almond groves (beautiful in January/February) or through what are Spain’s highest vineyards, with the option to visit a bodega to taste some local vinos. It might cut walking short but it’s a merry way to spend an afternoon. 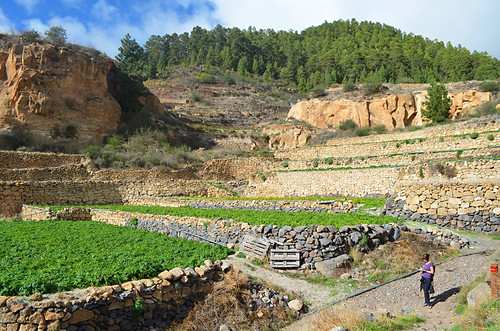 Add all these together and the result is Vilaflor is a good place to stay to enjoy good walking, local cuisine, culture and history without having to rely on public transport.

The Paisaje Lunar route is included in our Walk This Way Tenerife guidebook.

Which is the Best Canary Island for Hiking?

Which is the best Canary Island for hiking? That’s easy, everyone knows the answer to that question; even people who come out in a rash at the very idea of… […]