In an article on our Real Tenerife website about the route Victorian travellers took when they arrived on the island I mentioned there hadn’t been a proper road linking Santa Cruz with town in the south until the 1930s, in some cases not until the 1940s. Writing the article reminded me about walking a section of the road which did exist before the Carretera General Sur was built.

Three years ago we researched potential walking routes in the south of Tenerife when putting together a new Tenerife walking holiday for UK Slow Travel specialists Inntravel.

Even though we knew about the camino real, built in the 16th century to connect Santa Cruz with southern towns as far as Adeje, we didn’t know where exactly to pick it up to head north east. Even the owner of the Hotel Rural San Miguel couldn’t tell us where it started, reminding us of the first time we tried to pick up the old road heading west when we asked the local postman and he didn’t know. 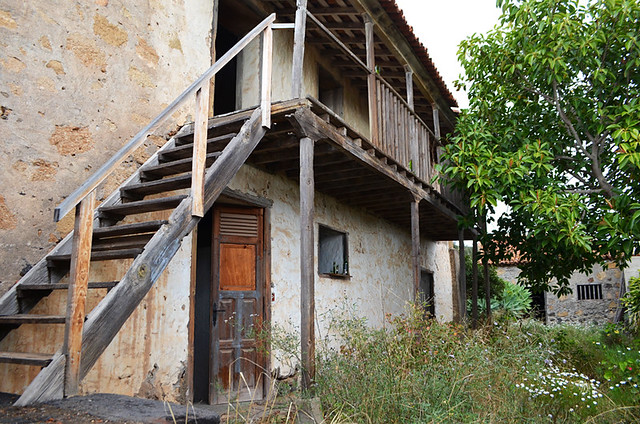 It took a bit of looking, but we eventually found it running parallel to the main road on the eastern edge of the town. It was an uninspiring start, but it soon improved, looking more like a camino real than just another dirt track. Surprisingly, there were also decent information boards along the route, the first at an abandoned old colonial house from the beginning of the 17th century that could be a dream of a place but was clearly being used as a drinking den.

After that the route wound past an old threshing circle (era) and a goat farm before descending into a ravine and climbing out just before Charco del Pino, passing a couple of burnt out car wrecks along the way. 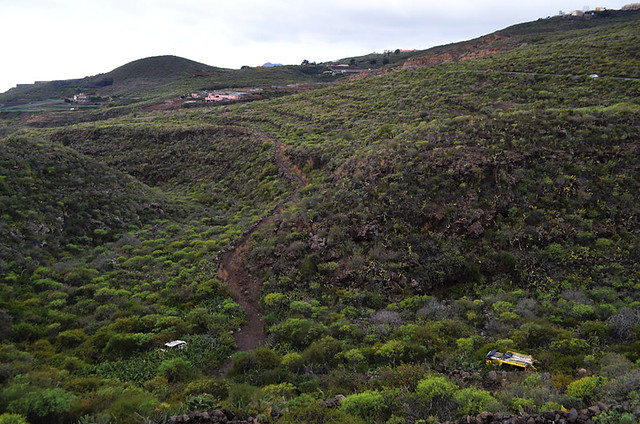 Despite the presence of info boards signage wasn’t great, especially when most required, and the trail went cold in the small village. Once again we resorted to asking a local, a man wearing a black homburg who looked old enough to remember when the path was actually in use. He didn’t have a clue where it was. Eventually, after a few wrong turns and thanks to the intervention of a woman shouting directions from her balcony, we picked it up again. The problem was new roads had been laid over sections of the old camino real, making it difficult to track when there’s a lack of waymarks.

From Charco del Pino the old trail rises above the Carretera General Sur to traverse the hillside above the outskirts of Granadilla de Abona before dropping into the town virtually opposite the Antigua Convento Fransiscano. To add a bit more meat to the potential route we followed a route through the older parts of the town, along Calle Arquitecto and up to the Iglesia de San Antonio de Padua whose bell tower reminds me of an iced gem. 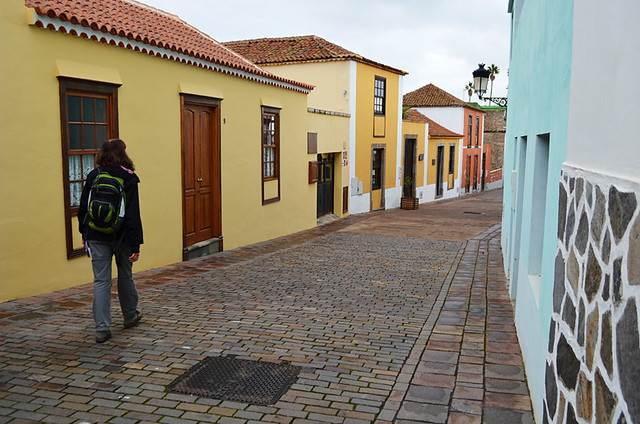 From there we continued climbing past the traditional houses on Calle del Agua to end the route at Plaza de Santa Lucia with its views back over the town to the coast beyond.

Not all walking routes we check out make it into our guides, or in this case the Inntravel holiday, if we don’t feel they reach a certain standard. And so it was with the former merchant trail which links San Miguel de Abona with Granadilla de Abona. 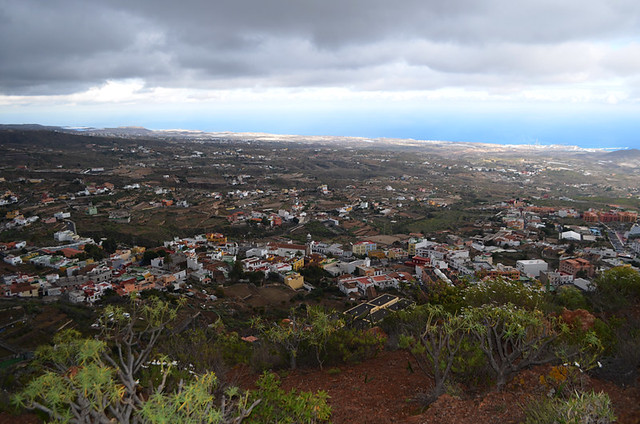 Standing on the plaza we decided that, although there were interesting aspects to it and Granadilla de Abona is worth a visit, the route wasn’t strong enough to be included. It’s enjoyable enough for anyone with time to explore Tenerife’s lesser routes, but not really impressive enough for a visitor with limited time. 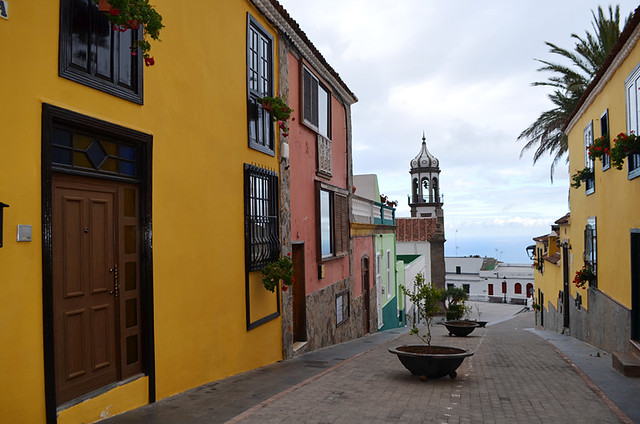 We made our way back to the centre of Granadilla and, never having caught a bus there previously, asked some workmen where the bus station was.

Last week members of ERA (European Ramblers Association) arrived on Tenerife to be shown some of the wonderful walking opportunities the island has to offer. The government took the opportunity to promote the new long distance GR 131… […]