Stepping out of the Teide Parador at 8.30am, our feet crunch on the frosty surface where the sun has not yet crept to warm the earth. Behind us, Mount Teide blazons in the afterglow of her golden sunrise, and the only noise to break the silence is our footfalls and the gentle buzz of a distant bee. 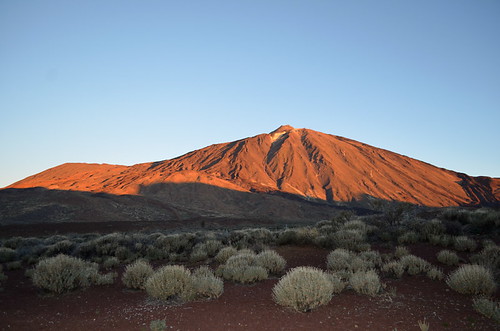 It’s still too early for the tour coaches to spill their visitors onto the Roques de Garcia trail and into the Parador café. For now, Teide National Park belongs to us. And it is glorious.

We’ve walked these paths a dozen times but this morning they feel different. I can barely imagine how incredible it must have felt for the earliest Victorian visitors to Tenerife who made the arduous journey on mules from La Orotava to experience this incredible landscape, a world like no other they had ever encountered. Alone, with the early morning shadows shrinking, the sheer vastness of the crater overwhelms. 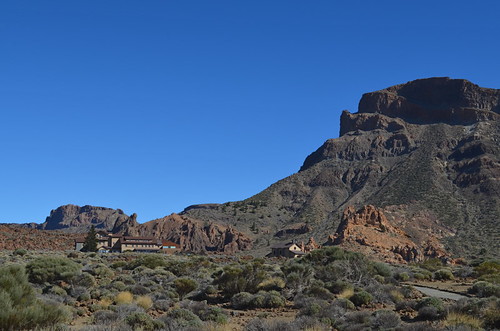 Last night, in the solitude of the enclosed balcony of our room, while Jack braved the minus temperatures outside to photograph the firmament, I wrapped myself in a blanket and stared at the outline of this last remnant of the southern side of the crater wall as it loomed out of the darkness beneath its shimmering canopy of constellations. Now, as it bleeds the sunrise from its honeycomb profile, its vastness has not been diminished by daylight.

Towering 715 metres above the crater floor, Guajara is the second highest peak in Teide National Park after the volcano of Teide and Pico Viejo, and every time we’ve climbed it, my thighs and calves have known about it. So it’s with some expectation of demands on muscles that I begin the ascent and wind my way up the path behind Jack. Perhaps it’s the fact that it’s a crisp winter morning; perhaps spending the night in the Parador has helped me to adjust better to the altitude; perhaps it’s the feeling that we could be the only people in the world ever to have been here as not another soul has yet made an appearance. Whatever the reason, this morning the ascent seems shorter and less steep than ever before and we reach the crest that saddles views down to the crater and Teide on one side, and over a sea of clouds above Vilaflor and the south coast on the other, in what seems like no time at all. 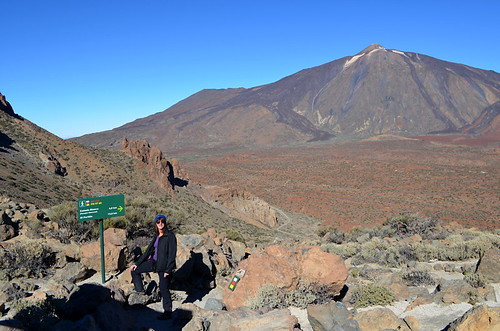 We’re mid way along our second and final ascent before we hear footsteps behind us and turn around to see a solitary walker with just two small bottles of water, one in each hand, striding along as if he’s late for an appointment. As we turn back to the path, a second walker emerges from beyond the summit and descends towards us. How strange that the only other two hikers we have encountered since we left the Parador should both reach us at precisely the same time. There’s more to this extraordinary landscape than meets the sky. 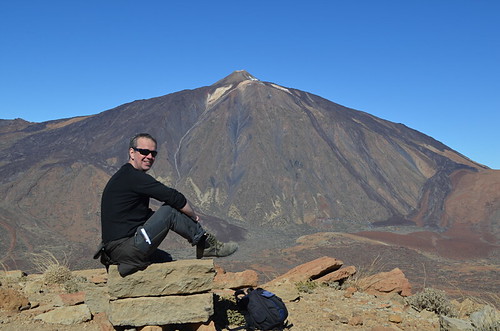 Half an hour later I’m standing on the summit of mighty Guajara, gazing across to the distinctive cone of Mount Teide, a thousand metres above me, and down to the Parador where a long line of Dinky-sized cars now reflect the sunlight off their roofs and people ebb and flow around the café like ants around a dead fly. 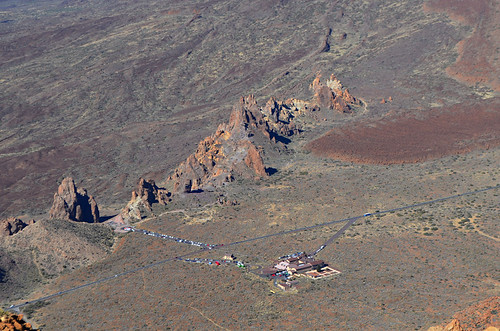 Behind me are the remains of the small stone building which housed the world’s first high mountain observatory, erected by Scotsman, Piazzi Smythe, in 1856 and remodelled by the French astronomer, Jean Mascart, who made camp here in the ice and snow to photograph Halley’s Comet as it neared the Earth in 1910. 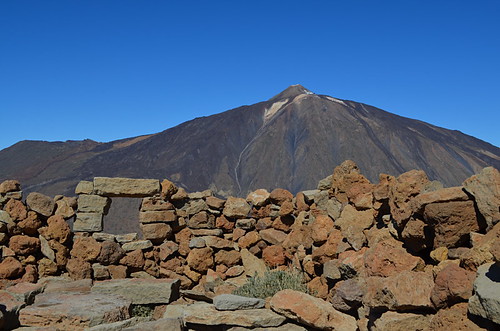 Despite the cold air temperature, the sun is now hot and we can remove layers as we sit and take in the historical significance and jaw dropping beauty of our surroundings. Our only other companion, the lone speed hiker, asks if we’ll take his portrait standing in the remains of Smyth’s observatory with Mount Teide behind his shoulder.

“It’s an extraordinary place, is it not?” he says, his eyes bright from the excitement and his face ruddy from the exertion of the climb.
“It certainly is.” I agree.
And we all stand in silence, absorbing the enormity of our surroundings and letting the sun send endorphins coursing through our veins.

Climbing The Walls is one of our Hiking Highs, Island Walks routes

Is the Masca Barranco Still Open to Walkers?

Some of you may have heard news that Masca beach has been closed due to the danger of falling rocks and might be wondering whether the popular walking route through the ravine is a) still open to walkers and b) is it safe? […]