Weather Forecast for Tenerife 16 to 22 February
There was a switch of roles between north and south from the previous week with the south enjoying a lot of sunshine whilst the north had more cloudier spells and some rain. The weather alert for high winds didn’t really materialise at the coast. In some parts it was windy but the north escaped high winds and carnival wasn’t affected by bad weather for a change. The signs are increasingly looking positive that winter on Tenerife might be dragging its heels a bit, but it’s on its way out. 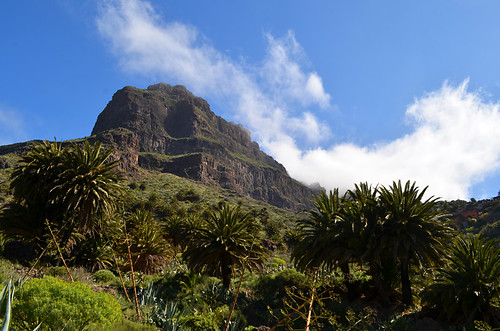 Weather Forecast for Tenerife 23 February to 1 March
The outlook for the coming week looks good, with a mainly sunny week in southern parts and a mix of sun and cloud in the north. Only the east looks gloomy for much of the week. Temperatures should increase by a couple of degrees this week. But we are coming into a period when there’s ‘change of seasons’ weather so there is still the chance of rain in some parts plus a weather alert for high winds and choppy seas affecting all of the island until Thursday at least.

Weather in South Tenerife – As far as sunny days go, it’s looking like a good week with only Tuesday, Saturday and Sunday having cloudy spells. Even then the sun will shine at some point during the day as well. Temperatures are also better with 22/23C and finishing at 18/19C. The only downside is an alert for strong winds (yellow level) and choppy seas (yellow/orange) till Thursday at least.

Weather in North Tenerife –  There’s a bit more cloud about in the north but the sun should also shine every day. Only Tuesday morning, Thursday afternoon and Friday are expected to have seriously cloudy spells. There is the chance of rain most days (5-90%) but it’s mainly likely to fall early morning or during the night. The pattern for temperatures matches that of the south, except a couple of degrees less warm (starting at 18/19C in the shade, ending the week at 16/17C). There are also alerts in place for strong winds and high seas till Thursday.

Weather in East Tenerife –  It looks like it will be a cloudy week in the capital Santa Cruz. The sun should break through on Tuesday afternoon, Wednesday and Friday morning but apart from that it could be grey and damp with 5-90% chance of rain throughout the week. The weather alert also affects the east.

Weather in South West Tenerife – Apart from Tuesday morning it should be a sunny week in the south west with temperatures veering from 20 to 23C. Again there is a weather alert until Thursday.

Weather in the Mount Teide Crater –  Partial cloud on Tuesday morning will become thick cloud on Tuesday afternoon. There is also a chance of light rain all day on Tuesday at crater level which could result in snowfall on higher slopes. Apart from that it will be sunny all week except Saturday when there will be a mix of sun and cloud. Temperatures in the crater will range from 7 to 9C and between 1 and 3C on the summit of Mount Teide. With a weather alert in place for high winds across the island it’s worth checking the cable car is operating before travelling. At the moment with snow as well, it looks unlikely in the first half of the week.

Weather Forecast for Tenerife from 9th January to 15th January

It’s been mostly warm sunshine with only a few clouds for some time now; The first week in January on Tenerife brought glorious weather for those escaping northern Europe’s cold clutches. […]