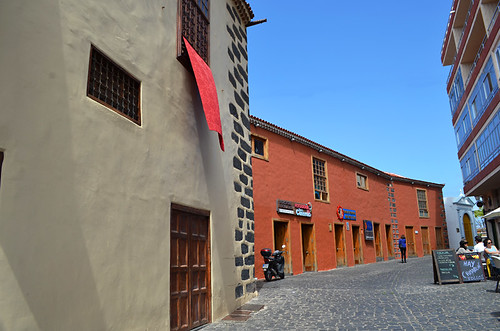 Weather Forecast for Tenerife 30 March to 5 April
Easter week turned out to be a decent one as predicted with plenty of sunshine as well as some c cloudy spells. Generally, it was also pretty warm, with temperatures feeling close to summer hot at times.

Weather Forecast for Tenerife 6 to 12 April
The good news is that there should be plenty of sunny spells every day next week, whichever coast you’re staying on Tenerife. The not so good news is that there will be more cloud, especially on Monday and Tuesday when there’s a good chance it will rain – hopefully only April showers. Temperatures will also drop a few degrees from last week with the mercury struggling to reach much more than 20C in the shade anywhere.

Weather in South Tenerife – Whilst there will be plenty of sunshine each day, there might be more cloud than last week, with Monday, Thursday and Sunday likely to have quite cloudy spells. There’s also a chance of rain (5-55%) with Monday and Tuesday strongest candidates for showers. Temperatures will also be a bit lower this week, staying around 18/20c in the shade all week.

Weather in North Tenerife –  It’s a similar picture in the north with sun forecast for every day, but also cloudy spells. Like the south, Monday and Tuesday look cloudiest with a strong possibility of showers. There’s also a 5-45% chance of April showers during the rest of the week, but they should be nothing to worry about. Shade temperatures will be 17/18C all week.

Weather in South West Tenerife – Similar to the south except with less of a chance of rain on Monday (20%) and fewer clouds during the week. Temperatures will be slightly lower than the south, staying at 18/19C in the shade all week.

Weather in the Mount Teide Crater –  There could be some cloud in the crater every day over the coming week with rain forecast between Monday and Friday in between sunny spells. It’s a different situation on the summit where the sun will beam all week, although it could be quite windy on Tuesday and Saturday. Temperatures will be 6C to 9C at crater level and and -4C to 2C on the summit.

The Tenerife Weather This Time in 2014
A warm and sunny week ended with a weather alert and the south experiencing heavy rain whilst the north was buffeted by strong winds. At the end of it Mount Teide with a thick covering of snow.