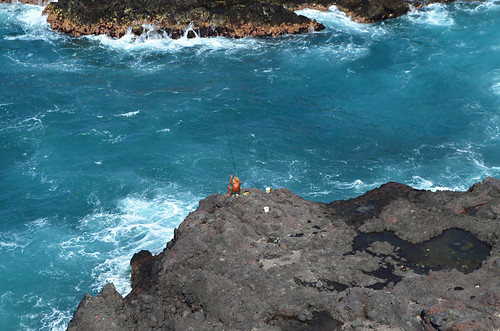 Weather Forecast for Tenerife 15 to 21 September
If that was an unsettled week, then it shows why the Canary Islands are considered to have an almost perfect climate. The weather forecasters were mostly technically correct. There was cloud at times and rain did fall most places, but it didn’t fall for long anywhere. Once again we were out and about all around the island, and most of the time the default setting was sunny and hot. Both north and south experienced cloudy spells on different days but overall it was hot and sunny. Where the forecasters got it wrong was regarding the predicted drop in temperatures and the week ended on a sweltering note.

Weather Forecast for Tenerife from 22 to 28 September
The outlook is for more of the same over the coming week. Sun is forecast for every day, although there will be some cloud and a chance of rain from Tuesday, when temps will also drop a couple of degrees. We’ll see.

Weather in South Tenerife –  The week will start hot (27C) and sunny. Tuesday to Friday could see more cloud mixed in with the sunshine with a 5 to 40% possibility of rain from Tuesday. Temperatures will hover around 24/C for most of the week.

Weather in North Tenerife – At the moment the situation in the north looks similar to the south with only a mix of cloud and sun after Monday and a 5 to 45% chance of rain from Tuesday. Temperatures will stay around the 23/24C mark all week.

Weather in East Tenerife –  Much the same as other places, with a sunny start and then a mix of cloud and sun for the rest of the week and a 5 to 35% chance of rain.

Weather in South West Tenerife – Similar to the south except slightly warmer and with Saturday looking particularly good. Again there’s a 5 to 35% chance of rain from Tuesday.

Weather in the Mount Teide Crater – The first half of the week will be sunny in Teide National Park. There will be some cloud in the park from Thursday and the chance of light showers on Thursday afternoon and Friday morning. except for Thursday when there could be rain. Strong winds continue to swirl around the summit of Mount Teide for most of this week, so it’s worth checking the cable car is running. Temperatures in the crater will range from 12 to 17C and 4 to 6C on the summit.

Pic: A good week for fishing from a hot rock.