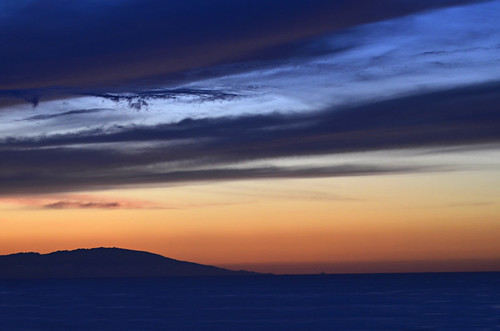 Weather Forecast for Tenerife from 21st to 27th April 2014
It looks like it will be a warm and sunny week most places on Tenerife. There might be some serious cloud on a couple of afternoons but most of the rest of the time should see only the light and fluffy variety. There will probably be light April showers in parts at some point during the week but nothing to write home about. There appears there will be quite a hike in temperature in the crater at the weekend, something that isn’t reflected yet for the forecast for the coast. Again the mountain seems to be doing its own thing. Vamos a ver as they say.

Weather Forecast for Tenerife 14th to 20th April 2014
Easter week turned out to be better than expected with plenty of hot, sunny weather. As predicted, there were cloudy and rainy spells but not as many as forecast. The temperature feels as though it has jumped significantly even though Spanish Met Office figures still show low 20s. Strangely, the strong winds on Mount Teide didn’t really affect coastal areas. The south did experience windy weather at the start of the weekend but the north coast remained completely calm, which did mean that cloud hung around on Easter Sunday.

Weather in South Tenerife –  It should be mainly a warm and sunny week in the south with only Monday and Tuesday afternoon being cloudy. Temperatures should start the week around 23C, dropping a couple of degrees midweek before rising to 24C for the weekend.

Weather in North Tenerife – The north should also see plenty of sunshine with only Tuesday afternoon showing significant cloud. Typically for this time of year there’s a slight chance of April showers. Temperatures should be in the low 20s in the shade for most of the week.

Weather in East Tenerife –  Similar to the north except with more cloud between Wednesday andSunday but overall, a sunny week.

Weather in South West Tenerife – The south west is looking like it will enjoy the most sunshine as usual with only Wednesday afternoon looking glum. Temperatures will vary between 20 and 24C.

Weather in the Mount Teide Crater – Apart from Tuesday afternoon it will be sunshine all week in Teide National Park. Temperatures in the crater will range from 7 to 16C in the crater and -1 to 5C on the summit. The strong winds that hit Mount Teide over the weekend continue this morning but from Monday afternoon onwards it should be calm.

Pic: Sunset on neighbouring La Palma from the north of Tenerife.