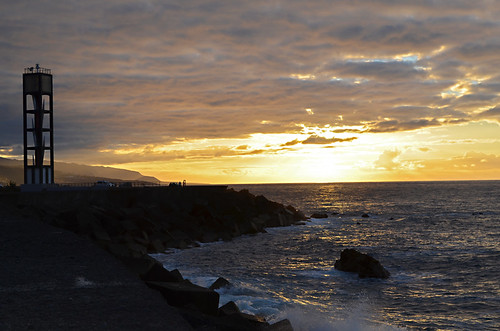 Weather Forecast for 14 to 20 September
The week panned out much as predicted with a mix of sun and cloud most places and rain in many parts of Tenerife on Friday. A yellow level weather alert was issued for Friday but the most some coastal areas experienced were light and short showers. Most fell at altitude with thick cloud leading to a few flights being diverted from Tenerife North Airport to Tenerife South. It was short-lived and over the weekend the sun returned with the south especially enjoying hot and sunny weather.

Weather Forecast for Tenerife 21 to 27 September
The forecast isn’t very different from last week with a mix of cloud, sun and showers predicted across Tenerife on most days. Thursday looks gloomiest, although Saturday and Sunday look most likely for rain. The chances are that most showers will be at higher levels where weather stations are usually located.

Weather in South Tenerife –  It’s looking like another week of mixed weather in the south of Tenerife with thick cloud at some point every day; although the sun should shine every day, except for Thursday. There’s a 30 to 60% chance of showers throughout the week, rising to an almost cert (65 to 90%) over the weekend. Temperatures start the week at 29C and drop gradually as the week goes on to reach 22C by Sunday.

Weather in North Tenerife –  The outlook for the north is almost exactly the same as the south. Temperatures start the week at 26/29C and end the week at 22C.

Weather in East Tenerife – Much the same as north and south except the east might see a bit more sunshine.

Weather in South West Tenerife –  The same story as everywhere else on Tenerife.

Weather in the Mount Teide Crater –  It could be a mix of cloud and sun all week in Teide National Park with some rain with showers forecast every day except Wednesday at crater level and Wednesday and Saturday, which should also be clear and sunny on the summit. Temperatures should hover between 11and 16C in the crater and 1 and 6C on the summit of Mount Teide. Monday to Wednesday could see strong winds on the summit so check if the cable car is running on these days.

The Tenerife Weather This Time in 2014
So what happened this time last year? ‘Mostly it was another typically hot and sunny September week on Tenerife. Cloud did cover the island on one day and rain fell most places, but it was more of an end of summer shower that didn’t last long anywhere.’

Pic: Clouds and sun at sunset on the north west coast of Tenerife.