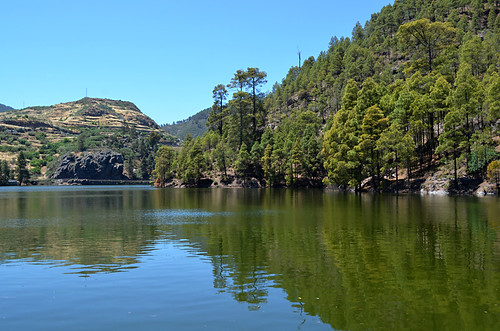 Weather Forecast for 25 to 31 May
As we’ve been walking on Gran Canaria all week we’ve no real idea what the weather has been like on Tenerife. If it was anything like Gran Canaria (which is likely) it must have been a cracking week. We enjoyed blues skies and warm days as we walked across the island. If anything it was too hot for walking at times. Saying that we could see cloud cover in coastal areas on some days.

Weather Forecast for Tenerife 1 to 7 June
The south and south west should enjoy blue skies all week. In the north and east there should be sunshine every day but sprinkled with some clouds from Tuesday and a chance of showers. It should be warm everywhere.

Weather in South Tenerife –  Hot and sunny all week with temperatures of 24C in the shade.

Weather in North Tenerife –  There will be sun every day but also some cloud from Tuesday onwards with a 5-45% chance of showers (more likely towards the end of the week). Shade temperatures will stay around 21/23C all week.

Weather in East Tenerife –  The same pattern as the north of Tenerife except all day Tuesday and Wednesday morning could see more cloud.

Weather in South West Tenerife – Hot and sunny all week with shade temperatures of 24/26C.

Weather in the Mount Teide Crater – Sunny every day with some cloud in the crater on Tuesday, Thursday, Friday and Saturday afternoon when there might be showers as well. On the summit it will be clear all week. Temperatures should hover between 10 and 13C in the crater and 2 and 7C on the summit of Mount Teide.

The Tenerife Weather This Time in 2014
So what happened this time last year? It was warm with plenty of sunshine about but not the wall to wall sunshine predicted.

Pic: Perfect weather and views across an emerald presa on Gran Canaria.