We often receive queries about long walking routes on Tenerife, and also about whether it’s possible to walk from the coast to Mount Teide (usually from the south coast). In one case someone wanted to attempt it straight from the airport and had used Google Maps to plot a course which took them to the mountain… on the road. We strongly advised against taking that particular route. 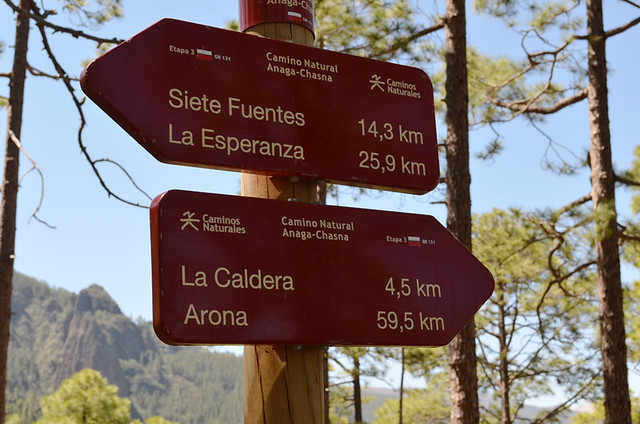 Our own self-guided walking packages include routes which are within the scope of most reasonably fit walkers, and are mostly circular. But we have also designed longer walking packages so people can walk over a number of consecutive days. However, those were for Slow Travel specialists Inntravel and took a lot of work, time and effort to put together. When someone asks us about long range routes on Tenerife the answer they invariably get is ‘there are so many paths on Tenerife you could piece together pretty much whatever you wanted, but it will take a lot of research and planning.’ Unfortunately we don’t have the time to advise people in depth on an individual basis. 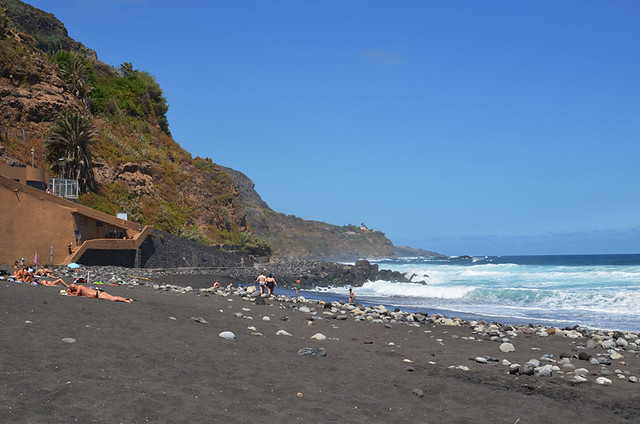 There are the GR routes which are well signposted but, in our view, flawed in some sections. It’s not too difficult to use them to link up paths from the south coast to reach the Teide National Park.

However, the classic way to walk from coast to mountaintop is using the 040 route from Playa Socorro, especially as work to make the signage better and improve the path has recently been completed (Oct 2018). The advantages over many other routes from coast to Teide is this one doesn’t pass through urban developments. It’s a truly rural route which climbs through banana plantations and agricultural plots before ascending to the Tigaiga Ridge, a natural ladder which ascends through the pines to Teide National park. It is also unique, a route whose sole purpose is to link the coast with Teide. 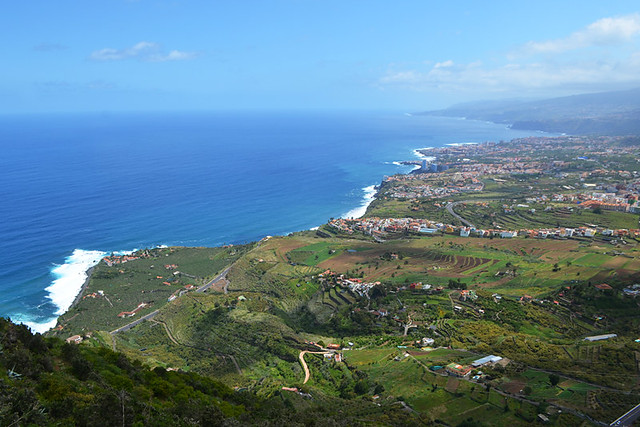 At 27.8km long from coast to the peak of Teide, it’s a challenging route, even for walkers who cut it short after reaching Teide National Park.  As such it is popular with trail runners; the current record for going from coast to the peak of Teide is 3hrs and 33mins. Being challenging is not the only problem. The logistics of what you do when you complete it have to be considered, especially as public transport within the park is still limited. One option would be to walk it the other way around; catch a bus to El Portillo and use the La Fortaleza route to link up with the 040 and then descend to Playa Socorro. 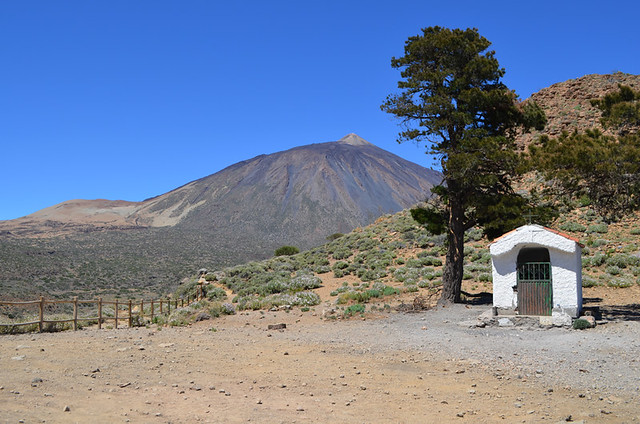 Ending up at a beach after a long walk like that is quite an attractive prospect if you ask me. Hard on the knees though.

Problems with walking groups and buses on Tenerife

Half the time when walking the Masca Barranco we emerge at the sea filled with a mix of exhilaration at completing one of Tenerife’s classic routes and outrage at the dodgy practices by some, not all I hasten to add, of the walking groups descending the gorge. […]