Our last update about one of the best walking routes on Tenerife, the Los Órganos route in the upper Orotava Valley, was in January 2016 when things were still looking gloomy.

Since then we’ve been regularly tracking official Tenerife Government sites to see if any progress had been made. Instead of finding updates about whether the route was still closed, or not, we noticed, ominously, that information about the route had simply been removed, with the TF35 path being rerouted. 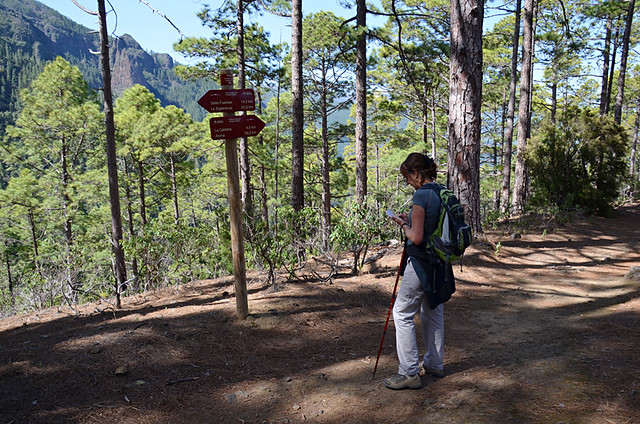 On the other hand, we continued to receive feedback that although the route was officially closed, people were still walking it. The latest, a couple of weeks ago, suggested there wasn’t a problem with the path at all.

There was only one way to find out for sure. Walk it ourselves.

Initially signs weren’t good, mainly because there was a lack of them. Signposts relating to the Los Órganos route had been removed and even yellow waymarks had been scratched off rocks. Where the path leaves the GR131 to go its own way, there were no signposts at all. But neither were there any signs the path was closed. This in itself meant nothing as only the previous week in Teide National Park we encountered a closed path some kilometres along a route. 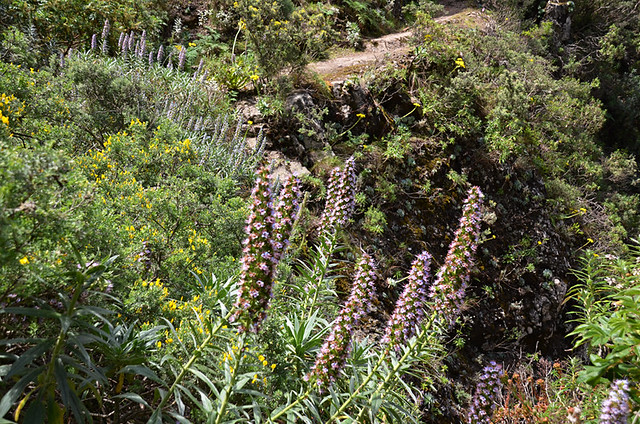 With every step we expected to come across a gate blocking the path, but as we traversed those wonderful valleys above Los Órganos and through buzzing clumps of blue tajinaste and broom there was nothing. The path was a tad overgrown in parts, but it was in better condition than some other paths we’ve walked during the winter months.

After 10 kilometres there were still no signs of the path being closed. There were some signs of rockfall, but only minor ones which didn’t affect the path. In fact in one stretch it looked as though a new steel cable had been attached at a narrow, vertiginous section. 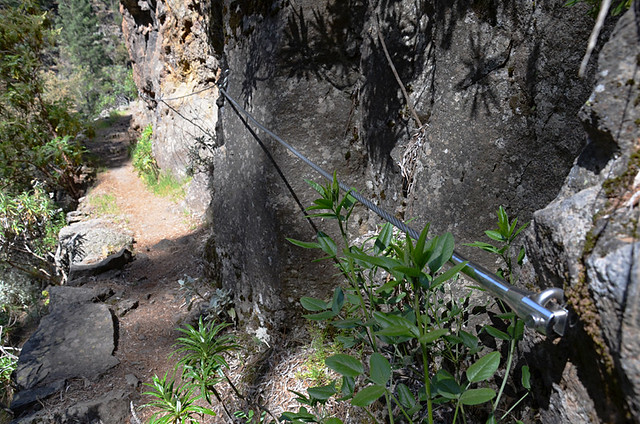 Around that point we passed two other Spanish walkers, the first other walkers we’d seen, coming from the opposite direction and asked them they’d encountered any problems further along the path. They were bemused as they’d seen nothing to indicate there had been any problems.

They were right. The route was absolutely fine. It was more than fine, it was its glorious old self.

No part of it was closed and there weren’t even any signs there had been any problems. 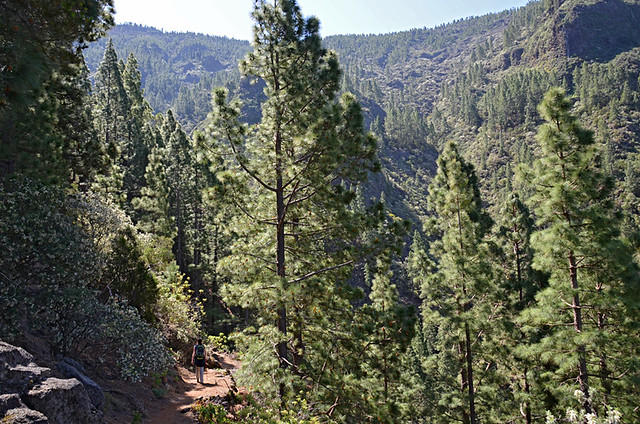 There’s no doubt the Los Órganos route had been quietly tidied up. But, for now at least, it has been removed from the network of official paths. All the signposts relating to it have been pensioned off. It’s no longer listed on official sites, apart from one which obviously hasn’t been updated as it still shows the route as being officially closed.

However, the wonderful news is that it is definitely open.

Why it’s been removed from the official network of Tenerife paths, who knows? There are sections which seemed narrower than we remembered and possibly there’s a danger of further erosion which could leave those parts in a dangerous condition. As some parts of the path are tight against sheer rock, there’s a greater danger of rockfall affecting the path. So maybe it’s a case of the route being too risky to include in the official network. But if anyone wants to walk it so be it… at their own risk. 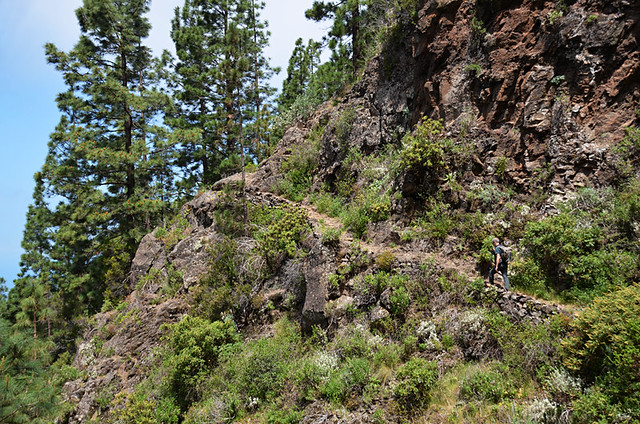 There are plenty of other good routes across the island with no signposts or waymarks. Los Órganos has just become another one of those.

It’s such a great walk we’re chuffed that we’re finally able to include it in our Northern Exposure walking routes again.

I can easily recall the first time that I was captivated by the sun heading to bed and turning a view of the north coast which had already been stunning into one that was mystical and magical. […]