Summer is over and Tenerife’s world changes in many ways. Some are obvious. Rain will fall more frequently after a long dry summer. Mainland Spanish holidaymakers are replaced by Northern European ones. Other changes are less obvious and you only tend to notice them when you live here for a decent amount of time.

We normally only take to the Tenerife trail a couple of times over summer months. Mostly we wait until autumn arrives, bringing slightly less hot temperatures, before getting in any decent walking on the island. Although this year we’ve ended up, due to work commitments, walking on other Canary Islands during periods when the temperature has soared. 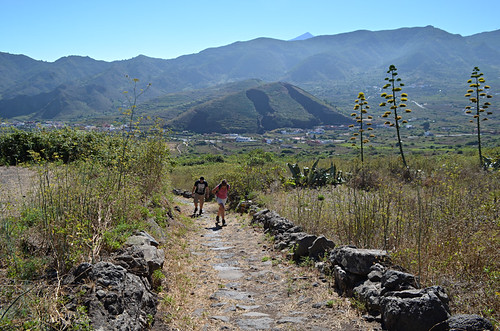 But for visitors to the island, autumn is the time when the walking season starts to heat up again.

With the arrival of the North European season more walking related emails start falling into our inboxes.

Although gaining in popularity and reputation all the time as an excellent walking destination, Tenerife’s multi-personalities are still dominated by its fun in the sun reputation, with many first time visitors not really knowing what to expect when it comes to heading into the hills. 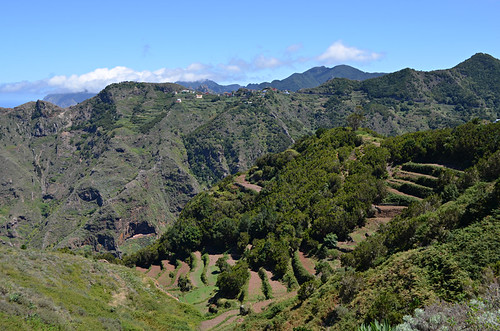 Best area for walking on Tenerife
It’s subjective of course but Anaga in the north east of Tenerife has always been our number one spot for walking. It is stunningly beautiful, challenging and, thanks to its remoteness, offers many crowd-free trails.
Our second choice would be Teno at the opposite end of the island. It isn’t quite as wild as Anaga but some of the trails are equally impressive. Masca is the most popular walk in the Teno Mountains but we prefer areas further to the northern side of Teno where you don’t find paths as clogged by large walking groups. 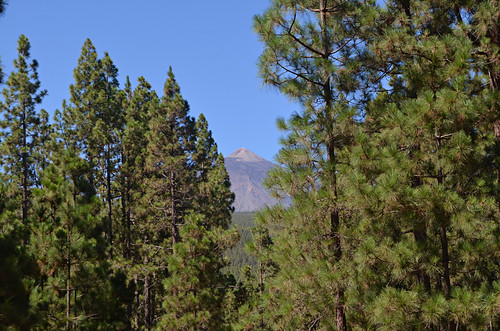 Best area for a walk in the forest on Tenerife
The pine forests of the upper Orotava Valley offer some wonderfully scented walks and an escape from the sun if temperatures are too high. The forest is thicker on northern slopes but anyone staying on the southern side of the island can still enjoy pine forest routes around lovely Vilaflor. 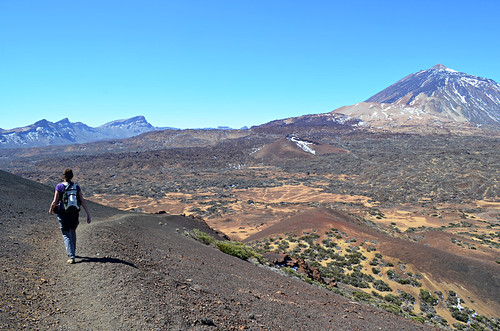 Best area for volcanic walking on Tenerife
The obvious place to get close to a surreal,volcanic world is in Teide National Park where there is a network of paths which are well marked and whose difficulty levels range from easy to challenging.
There are other areas apart from Teide to enjoy volcanic landscapes, such as routes around Chinyero in the west of the island and the Paisajes Lunar (lunar landscape) near Vilaflor.

Best place to be based for walking on Tenerife
We’ve always said Puerto de la Cruz is the ideal base for being able to access the best walking on Tenerife. Apart from being in a good geographical position for getting to the east, west and centre of the island, there are excellent public transport links. The Tenerife authorities obviously agree as the Tenerife Walking Festival is based in Puerto de la Cruz.

However, you can access very good walking routes from most places on Tenerife. 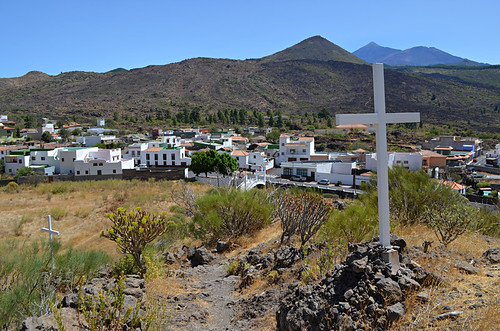 Best place on Tenerife to be able to step from hotel onto walking routes
Although Tenerife offers some of the most diverse walking routes in the Canary Islands, there aren’t many places, like you find on some other islands, where you can leave your hotel and have immediate access to a number of walking trails. Places where you can do so include the Parador in Teide National Park and the town of Santiago del Teide which has a very good rural hotel, La Casona del Patio. 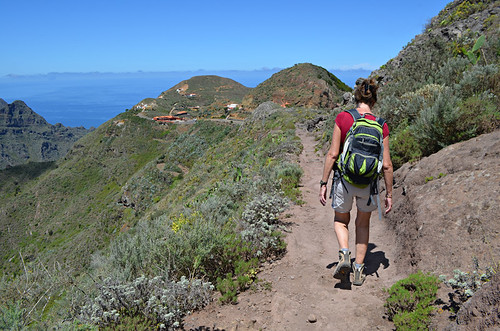 Can I get to routes using public transport?
The public bus service on Tenerife, TITSA, is very good and in theory you can use public transport to get to the start of many walks. But there are two things to keep in mind when planning where to stay. Some resort areas don’t have great public transport links and the more rural the area, the less frequent the service is.
Basically, things get a lot more complicated and difficult if you stay in a small resort area and want to get to somewhere remote.

Having a car to get around simply makes life easier and gives more options.

Here’s to another season of unforgettable Tenerife walking experiences.

All the walking areas mentioned are covered in a series of favourite Tenerife walking routes, Island Walks, available in PDF format or with additional routes and information in book form in Walk This Way Tenerife.

Walking on Tenerife in Summer

Although there are far fewer walkers on Tenerife in summer than there are in winter months, it doesn’t mean that you can’t enjoy a long hike around the countryside. […]