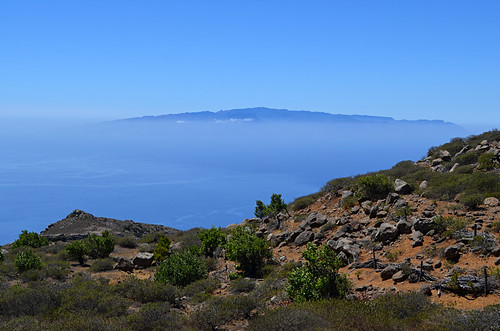 Tenerife Weather 5 to 11 September
The week panned out much as predicted with very hot and sunny days until Thursday and then temperatures dropped slightly and some cloud rolled in over the weekend. Again, the predicted showers seemed absent in coastal parts.

Weather Forecast for Tenerife 12 to 18 September
It could be more of a mixed week with a grey start in the south of Tenerife and a mix of cloud and sun elsewhere. After that it should be mainly sunny until Thursday when there should be a mix of cloud most places and a possibility of showers in parts. The week will end with a grey Sunday mostly everywhere on Tenerife although Santa Cruz and the east could see some sunny spells. Oddest prediction of the week is for thunder and lightning in Teide National Park on Monday.

Weather in South Tenerife – Monday could be quite cloudy. Tuesday and Wednesday should be mainly sunny with some cloudy spells whilst from Thursday onwards it might be cloudy with sunny spells. The week ends as its starts with Sunday being cloudy. Temperatures should start the week at 25C, before dropping to 23C on Wednesday and staying around 22/24C for the rest of the week. There is a 5-35% possibility of showers from Thursday.

Weather in North Tenerife – There will be a mix of sun and cloud on Monday and Tuesday and then cloud and sun for the rest of the week until Sunday when it will be cloudy. There’s a 15 to 65% chance of showers from Wednesday onwards. Temperatures should stick around 23/25C all week.

Weather in East Tenerife – It should be much the same as the north in Santa Cruz except Saturday could be cloudy and, unlike other areas, Sunday could see a mix of cloud and sun. Rain looks almost certain at some point with a 20-95% possibility of showers from Wednesday onwards. Temperatures should hover around 23/24C all week.

Weather in South West Tenerife – The south west partly mirrors the south with except there could be sun on Monday morning before the cloud drifts in for the afternoon. Tuesday to Saturday should be mainly sunny with some cloudy spells whilst Sunday could be cloudy. Temperatures should start the week at 25/26C, before dropping to 21/23C between Wednesday and Saturday and rising back to 25C on Sunday. There is a 5-15% possibility of showers from Thursday.

Weather in the Mount Teide Crater – It could be a mixed week in Teide National Park with, bizarrely, thunder and lightning on Monday, sun on Tuesday and sun, cloud and some rain between Wednesday and Friday before the sun returns properly for the weekend. but there might be some cloud during the afternoon on Monday, Saturday and Sunday. On the summit of Mount Teide after a potentially thundery Monday it should be mainly sunshine with maybe some cloud and light showers on Thursday night/Friday morning. Temperatures should hover between 11 and 15C in the crater and 4 and 8C on the peak of Mount Teide.

The Tenerife Weather This Time in 2015
So what happened this time last year? ‘… The week panned out much as predicted with a mix of sun and cloud most places and rain in many parts of Tenerife on Friday. A yellow level weather alert was issued for Friday but the most some coastal areas experienced were light and short showers…’

Pic: La Gomera from the west of Tenerife on Wednesday.