Most people either love or hate La Laguna.

When we’re sitting gridlocked amongst the La Laguna morning commuters on the TF1 with a flight or ferry to catch and the clock ticking away, we hate it. But when we’re walking its streets and exploring its UNESCO World Heritage Centre we love it. 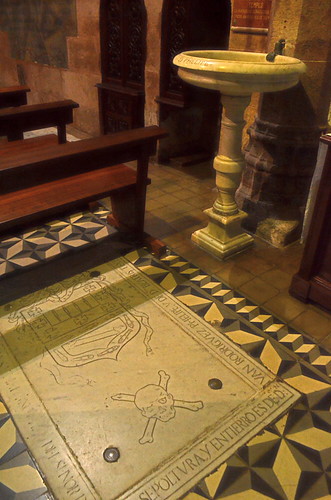 It had been a long time since we had visited the Iglesia Santo Domingo de Guzman and been amazed to find stone tombs bearing skull and crossbones laid into the floor of the 16th century Dominican church. Research had revealed that the tombs probably belonged to members of the Order of the Knights Templar. Given that the Order was denounced by the Catholic Church in the 14th century, it’s still a mystery as to why the tombs are in the floor of a 16th century Dominican church. And it’s not the only mystery La Laguna holds. 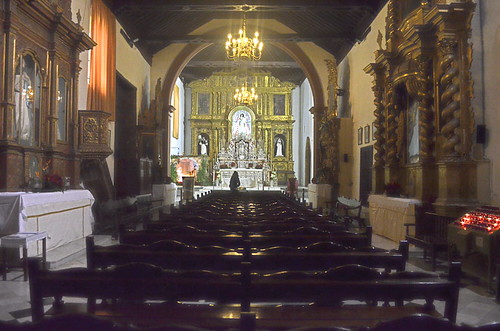 After admiring the frescoes that cover one entire side of the church, and visiting the surrealist art exhibition in the Convento Santo Domingo de Guzman next door, we make our way to Plaza del Adelantado and into the little church of the Convento de Santa Catalina. Find yourself on the streets of Plaza del Adelantado on the 15th February and you may be dismayed to see a queue worthy of the promise of a Papal audience, lining the street outside this early 17th century church. They are believers, and they’ve come to pray at the coffin of Sister Maria who died in 1731 at the age of 87yrs and whose body was found, three years later, not to have decayed. Every year the coffin is removed from its tomb and something in the region of 15,000 people file through the church to say a prayer over it.

With one mystery and a miracle under our belts, we head down the busy shopping streets towards Iglesia de la Concepción. As we walk and window shop, our appetites are honed to razor sharp by the cooking aromas emanating from the profusion of tascas that line the streets – garlic bread fresh from the oven; chistorras sizzling on the grill; papas fritas crisp from the fryer. 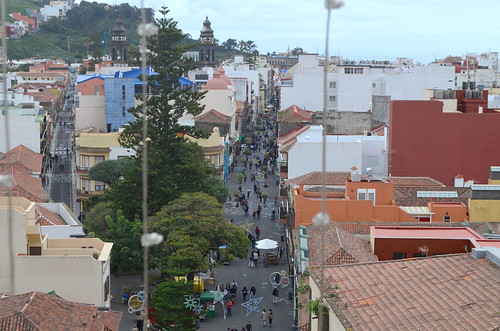 Climbing the Torre de Nuestra Señora de Concepción, the entire city unfolds at our feet. It’s early January, and Christmas decorations twinkle above the heads of the shoppers who throng the narrow streets. Across the red tiled roofs of the town a plane taxis along the runway of the north airport and climbs effortlessly towards the horizon. Beyond the city limits the green tapestry of the Aguere Valley carpets the middle distance between the tall canes and grasses of the former lake, and the jagged peaks of the Anaga Mountains. 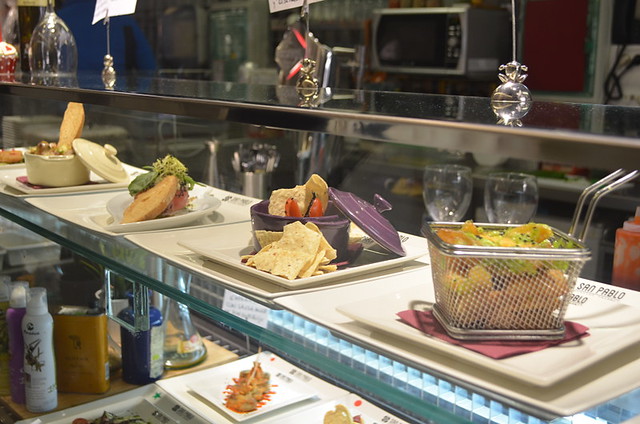 At this point, it’s no longer physically or mentally possible to ignore the hunger pangs that have been teased beyond endurance and we make our way back to the newly opened San Pablo Gourmet Food Market. Browsing all 34 kiosks, twice, we finally settle on three gourmet tapas for €10, accompanied by a glass of local red wine. The food is cooked to perfection, is presented with creativity and flair and is plate-licking tasty. It’s very difficult to drag ourselves away but La Laguna has so much more to be seen. 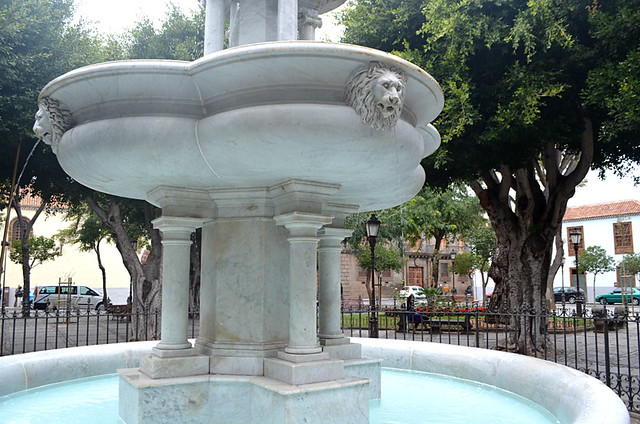 Except if you happen to be sitting in a queue on the TF1, I cannot imagine how people cannot love La Laguna, it’s crammed with character, oozing history and buzzing with city life. I can only assume that the people who hate it don’t really know it. And the easy way to correct that, is to follow one of our city walks. Taking in the main attractions, the La Laguna guide is crammed with information, advice and tips on how to get the best from the city, including how to get there, where to park and recommendations for where to eat.

It’s a fascinating city and I defy you not to love it.

We recently received emails from both a PR company in the UK and also the Tenerife Tourist Board with information about the upcoming Tenerife Walking Festival which runs from 21 to 25 May. […]

There’s a hot weather alert for just about all of Tenerife except the north coast. So what is the weather doing in the north of Tenerife […] […]