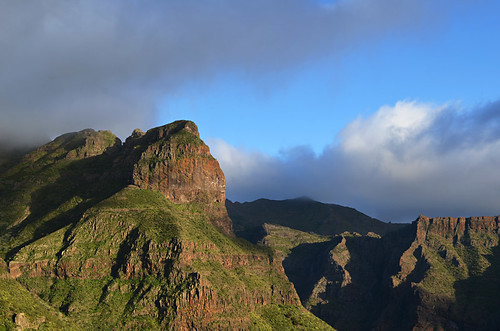 Weather Forecast for Tenerife 23 February to 1 March
Although there was a weather alert for rough seas and strong winds (which amounted to no more than a stiff breeze in the Orotava Valley), there was a definite feel of a change of seasons in the air with the sun feeling that little bit hotter even though after dark temperatures were still on the cool side. The south enjoyed more of the sunshine this week, but it was better all round.

Weather Forecast for Tenerife 2 to 8 March
It looks like it’s going to feel like a spring week across Tenerife with temperatures at the coast mostly between 20/24C in the shade and most days being sunny. We heard our first hoopoe of the year at the end of the week. A sure sign that the seasons are changing.

Weather in South Tenerife – Apart from a cloudy Tuesday afternoon and, to a lesser extent, Sunday afternoon it should be a sunny week in the south of Tenerife with temperatures staying between 20/23C all week.

Weather in North Tenerife –  There’s a bit more cloud about in the north but it should still be mainly sunny apart from Tuesday afternoon. Temperatures will start the week at 17C and climb to 20/22 from Wednesday onwards. There is a slight chance of showers on some days.

Weather in East Tenerife –  Cloud and sun all day Monday and on Tuesday morning. After that it should be a mix of sun and cloud with Friday and Saturday looking mostly cloud free. Temperatures will match those of the north.

Weather in the Mount Teide Crater –  Partial cloud on Monday afternoon and all day Tuesday. From then it’s back to intense blue skies all week. Temperatures in the crater will range from 8 to 12C and between -3 and 2C on the summit of Mount Teide.

The Tenerife Weather This Time in 2014
I’d forgotten that I’d started to compare the weather with what happened last year. For everyone who thinks the weather is completely unpredictable, here’s what I wrote for the same week last year.  “There was definitely a feel of spring in the air last week, with the sunshine dominating although there were still clouds making their presence felt on both sides of the island.” The forecast for the coming week was for mixed weather, snow on Mount Teide and a weather alert for rough seas. Temperatures were in the low 20s in the shade.

Pic: A mix of sunshine and cloud in the Teno Massif.