After more than a decade living on an island which doesn’t have any lakes or rivers we tend to get a bit carried away when we travel to destinations which are blessed with such features. Recently we were hypnotised by mirror surfaces of lakes such as Obersee in Bavaria where the surface was so still it was difficult to tell what was real and what was a reflection. 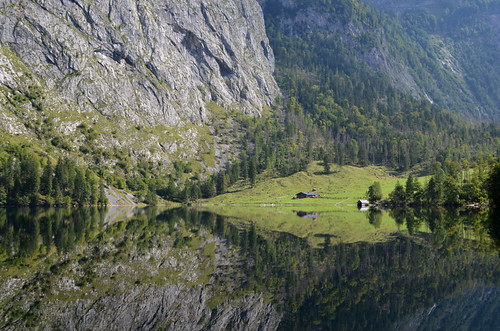 Just last week, whilst delivering a training session about the Canary Islands to staff at UK slow travel specialists in York, we positively gushed about the fact that La Palma has a river and waterfalls throughout the year. I’m sure some staff wondered why we were enthusing about natural features which are common in most destinations.

Most destinations, just not the Canary Islands… apart from La Palma. Some islands have man-made reservoirs and dams (embalses and presas) which do a bloody good impression of being natural. La Gomera has a couple. Lanzarote has the Jameos de Agua and even Fuerteventura has a natural looking reservoir which attracts quite exotic birds. However, Gran Canaria is the king of lovely lake reservoirs in the Canary Islands. 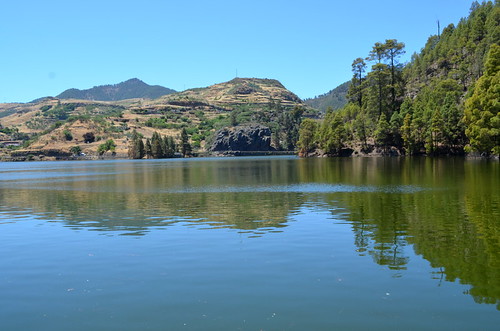 On Tenerife, for the most part, reservoirs look like reservoirs. Some, like those hidden in volcanic cones, are quite interesting. But they don’t possess the beauty of those on some other islands.

Saying that, there are a few places on Tenerife where you can find natural fresh water features.

There are plenty of springs, but these tend to be quite unassuming affairs, tucked away in grottos and small caves. At the fish farm in Aguamansa, spring water cascades out of wooden troughs into trout-filled pools. 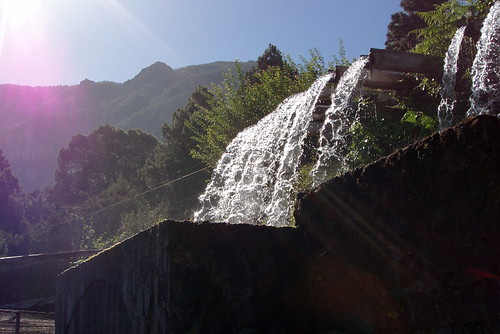 One of our favourite Tenerife walks meanders past the Erjos Pools in El Tanque/Los Silos. The series of pools, about as close to natural mini lakes as you’ll find on Tenerife, were created in the 1970s and 1980s when soil was extracted for use in banana plantations on the south and north coasts. There’s been no digging there for over 20 years and in that time the pools have become a haven for birds. 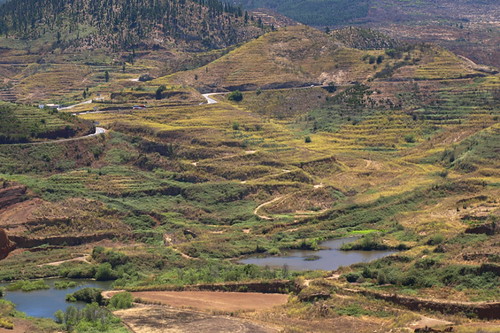 Barrancos (ravines) are the best places to find streams. Anyone who has walked the Masca Barranco will have crossed the one which flows perpetually through the ravine, and teetered over stepping stones across small pools on the way to the coast. 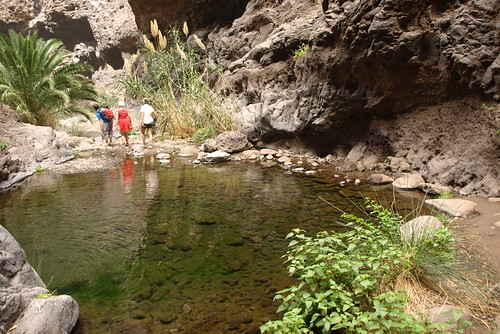 Less busy with walkers are ravines in Anaga. Two of our routes in the mountains of the north east follow paths which run parallel to streams. In the past, pools near the very eastern tip of Tenerife have provided us with wonderfully cool fresh water to soothe hot faces. There can be a belief that walking in Anaga means walking in a cooler, fresher climate. It’s not always the case. Anaga, like the rest of Tenerife, is a complex mix of micro-climates. Even in August, parts can be bone-chillingly cool if low cloud descends. On the other hand, we’ve sweated our way up hot, arid barrancos in late October. 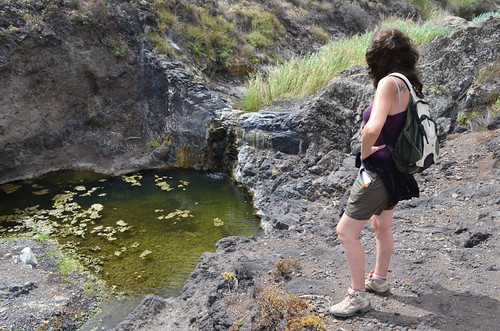 We have yet to set eyes upon what would be the biggest WOW water feature on the island, an underground lake. I’ve heard tales about it and have seen an old photo of a boat in an underground lake which claimed to be taken on Tenerife. But it may be one of those urban myths.

Until we stumble across this mysterious lake, we’ll have to make do with trickling streams and small pools… apart from those times when the monsoon rains fill ravines with raging torrents of course.

Routes mentioned can be found in both our Island Walks PDF routes and Walk this Way guidebook.

There is hunting on Tenerife. The hunting season starts on the first Sunday in August and lasts until the second Sunday in December, but only on Thursdays and Sundays during that period. […]