Recently we enjoyed a walk in the viñatigo (a relation of the avocado) forest above Tacoronte. There is a maze of paths in the area and we pieced together a few to make a circular route that took us up through the forest, skirting fig and citrus orchards, passing one of the neatest zona recreativas (picnic zone) we’ve seen on Tenerife before we followed a wide forest path east to pass a small ermita where we descended back towards our starting point. 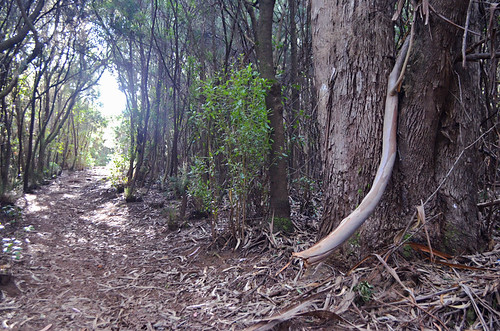 There were signposts in some parts and a total absence in others. In one case we met a dead end, our path blocked by an iron cable. It was a route once used by walkers, but now it’s private. It’s unusual on Tenerife to find paths which are out of bounds. We had to double back and take another path through a remote agricultural settlement, where a man on a roof asked if we were lost, before we eventually made it back to our car. We were pleased to see it still where we’d left it. It was parked on a seriously steep slope and we’d been concerned the handbrake was up to the job.

It was a lovely walk on an unseasonably hot January day and the only time we saw another person on the trail was when we passed the zona recreativa. But it won’t be included in any of our walking routes.

Whilst it was just what we needed to clear out clogged heads, there wasn’t enough of a wow/interest factor. 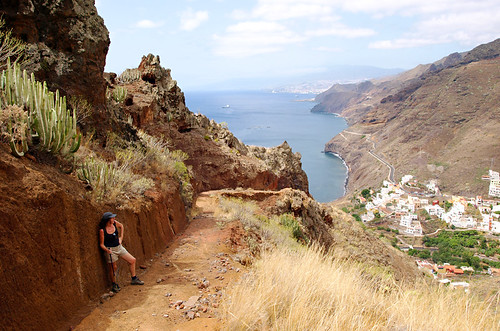 There are a lot of Tenerife walking routes which we enjoy but which we feel don’t have what it takes to be included in our walking sets or book.

There’s another walk above the north east coast from Igueste de San Andrés to the ‘Semáforo’, a lookout post on the cliffs which was built by an English company in the 19th century to keep the port at Santa Cruz informed of any ships arriving after dark.
It’s an interesting enough trail which includes a curious example of Tenerife’s recent history, but not interesting enough to warrant a long drive from any of the southern resorts or even Puerto de la Cruz. 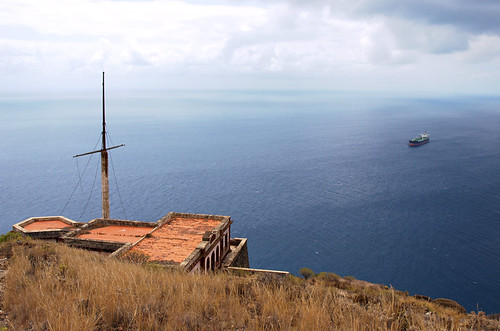 Some members of the British Guild of Travel Writers were taken on a route in Anaga during their annual general meeting held on Tenerife in January 2016. The Camino de las Vueltas is a super Anaga route and the visiting writers were surprised and impressed with this wildly dramatic, lesser known face of Tenerife. We don’t include it for the sole reason we use another, less well travelled path which features the same qualities but also has a bit more diversity. Las Vueltas was discarded in favour of that one.

And so it goes on. There are, what seems like, an endless network of paths to explore on Tenerife. Most are enjoyable to walk. 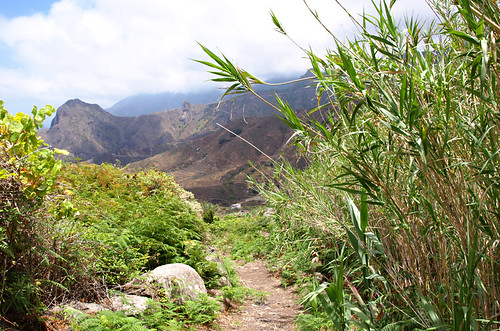 But we only choose to feature the pick of Tenerife walking routes in our area guides and walking guidebook, the ones which we think really showcase the island’s landscapes and less well known rural world.

Basically, when anyone is visiting the island for a limited amount of time we want to make sure they see the very best of it.