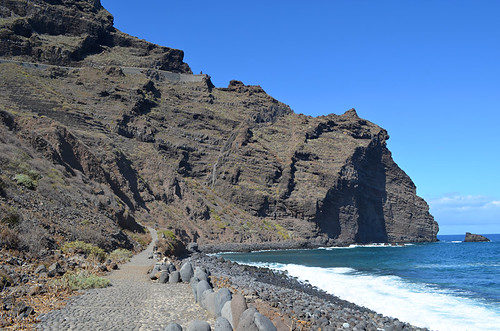 Tenerife Weather 29 August to 4 September
From what we experienced it was mostly another hot and sunny week across Tenerife. We spent three days of it on La Palma where it was equally hot.

Weather Forecast for Tenerife 5 to 11 September
The forecast is much the same as in recent weeks but hopefully minus calima. It should be a sunny week most places with shade temperatures hovering around the mid 20s. There’s a blip in the south and south west mid-week when temperatures jump by a few degrees before returning to mid 20s for the weekend. There could be some cloud over the weekend and a chance of showers with parts of the north being most likely to see some light rain at some point on Sunday.

Weather in South Tenerife – It should be mainly a sunny week with some light cloud over the weekend. Temperatures should start the week at 25C, rising to 26/27C between Tuesday and Thursday before dropping back to 24/25C for the weekend when there will be a slight chance of showers (5-15%).

Weather in North Tenerife – It should be a mainly sunny week although there could be a mix of cloud and sun over the weekend when there’s a 40 to 70% chance of showers. Temperatures should stick around an almost perfect 24/26C all week.

Weather in East Tenerife –  The outlook in Santa Cruz and the east is more or less the same as the north except temperatures could stay at 24C throughout the week.

Weather in South West Tenerife –  It should be a sunny week with only some light cloud on Sunday when there’s a 15% chance of light rain. Temperatures start the week at 25C, rising to 27/28C between Tuesday and Thursday before dropping back to 24/25C for the weekend.

Weather in the Mount Teide Crater – It should be mainly sunny in Teide National Park but there might be some cloud during the afternoon on Monday, Saturday and Sunday. On the summit of Mount Teide it should be sunshine all the way. Temperatures should hover between 13 and 18C in the crater and 7 and 10C on the peak of Mount Teide.

The Tenerife Weather This Time in 2015
So what happened this time last year? ‘… It was almost a rerun of the previous week. Some parts of Tenerife mainly enjoyed a blisteringly hot and sunny week, whilst others experienced some cloudy periods and even rain – there were reports from the south and east of showers…’