If you’ve ever been on an Inntravel, itinerant walking holiday where you walk from hotel to hotel and your luggage is transported for you, you’ll know that everything you need, from maps and detailed directions for every walk, to as much information about your destination as you’d be lucky to find in an entire guide book, is beautifully packaged and delivered to your door ahead of your holiday. All you have to do is read, digest and then enjoy. 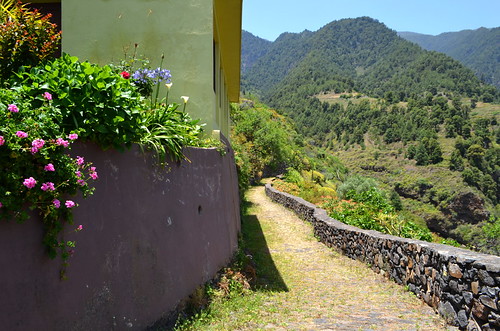 Last year we re-walked the Inntravel Gran Canaria holiday to ensure our directions were still current and accurate. It remains to this day one of the most enjoyable and relaxing walking weeks we’ve spent on the islands. The route we followed over the course of those six days felt like it was a classic trail that had taken travellers, or maybe pilgrims, along those same paths for decades. The landscape changed on a daily basis, always dramatic and compelling but rarely the same, and when we came to the end of the week, there was a sense of completion, that we had undertaken a journey that had taken us to enthralling places we would never otherwise have seen, and we had mastered it.

But it didn’t start out that way. It rarely does. Usually, it takes an enormous amount of concerted planning, negotiating, effort, trial and error to compile a holiday that feels seamless. And sometimes, the line between a holiday’s success and failure undulates like one of the paths you’re trying so hard to showcase to your audience, like when we undertook to design an itinerant walking holiday on La Palma… 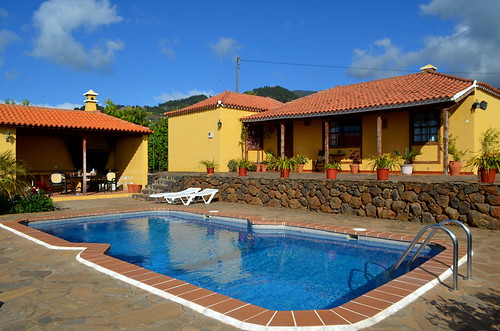 Probably our favourite island in scenic terms, La Palma is something of an enigma when it comes to walking. Although it has the best individual walking routes in the Canary Islands and an extensive network of gorgeous self-catering cottages dotted around its magnificent landscape, when it comes to rural hotels, the island falls hopelessly short.

Self catering is a wonderful option for being master of your own timetable when you’re on holiday, but with long days on the trail, it’s the last thing you need on an itinerant holiday. So the first thing that has to be considered when looking at any new holiday is, where are the customers going to stay? You might have the best walking routes in Europe but if you haven’t got anywhere for folks to spend a night on the trail, you’re going nowhere in terms of itinerant walking holidays. 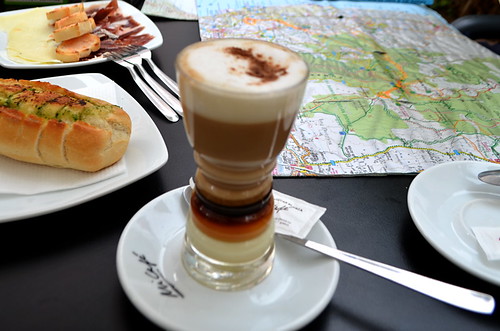 As with all the Canary Islands, much of the most spectacular scenery and best walking on La Palma lies in the north and we wanted to take customers on a journey from north east to north west and then back across the central spine to finish in Santa Cruz de la Palma. Poring over maps with James, our project manager from Inntravel, we could see routes that would take us where we wanted to go and enough possible hotels to make it happen. 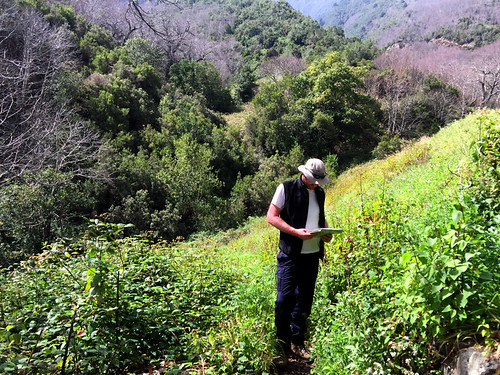 Once on the island, we set about taking a closer look at the paths we thought might work, driving as close as we could to them and then walking small sections to ensure they were passable and gave the best views and/or interest along the way. On every island, the paths that are today used for walking were created by either shepherds, merchants or pilgrims. If you’re lucky, their start and finish points might coincide with where you want to take your customers. More often than not, they don’t, which means you have to piece routes together from sections of existing paths. Sometimes paths have been in disuse for too long and are no longer passable. Sometimes erosion has taken entire paths away, and occasionally access has been consumed by developers.

We spent our first night at one of the hotels conveniently located for the north east of the island. It was a bit run down in parts and could definitely do with a bit of TLC but the staff were lovely, the rooms were comfy, the showers were hot and the food was good. As long as you can tick all those boxes, you can work on the rest. 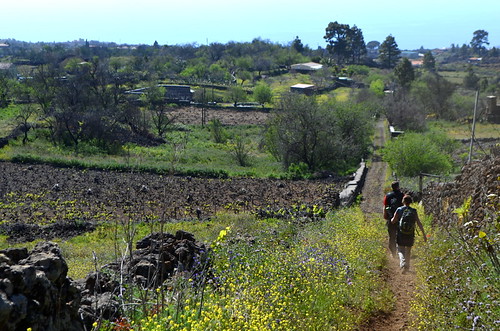 The next day we once again set about trying to link up our hotel to the next destination where we knew there was a small rural hotel. The distance between the two was too great to allow for door to door walking so we had to find a starting point that would enable customers to get on the trail after just a short transfer, and then find a route that took in the very best of the amazing views and the the points of interest en route. 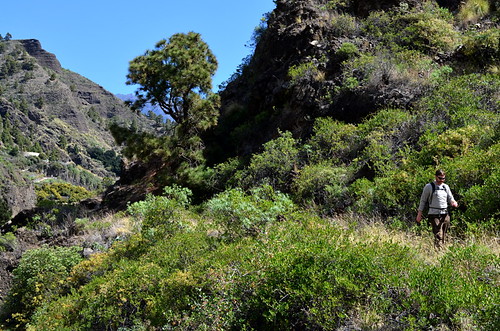 It can take inordinate hours following section of paths, scrutinising maps, and trying to piece together trails. It’s hugely enjoyable but exhausting work and we were childishly happy at the end of the second day that we had got our first two days of the holiday in the bag. Our second possible hotel was full when we tried to book so we arranged to go round the next morning for breakfast and to give them the low down on what we were doing.

Within the first ten minutes of chatting, our excitement had turned to bitter disappointment as they, and we, realised the volume of visitors we were likely to be sending them was a complete non-starter. We sat outside in the little plaza that morning with maps spread out on the ground and all three of us had our heads in our hands and our hearts in our boots. Without somewhere to stay on that north east corner the whole holiday fell apart. 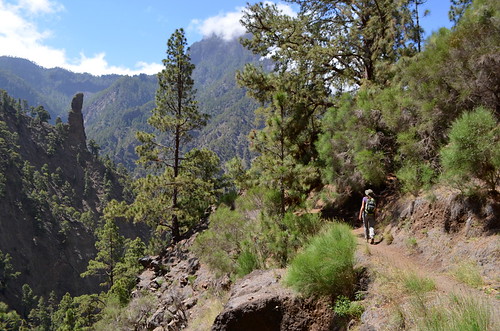 After another fruitless hour of trying to work around the issue, we had to let go of our precious north, and re-look at the island as a whole. We always knew we wanted to include the amazing Caldera de Taburiente and already had a hotel lined up in Los Llanos but we were keen to bring the volcanic landscape of the south into the picture. However, once again, we were thwarted by the lack of suitable accommodation. There are hotels aplenty in the south and west of La Palma but they’re geared towards the beach holiday market and so are either in the wrong place or are simply not ‘Inntravel’ hotels. 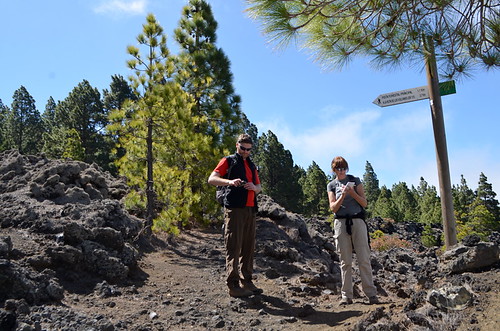 Our last hope at getting an itinerant route together, worthy of La Palma’s magnificent scenery, hinged on being able to find suitable accommodation in Fuencaliente. Having surfed the internet and trawled tourist office sites, in desperation we just drove down there and started cruising the streets. Against all odds, we spotted an accommodation sign in a tiny hamlet amidst the volcanic wilderness and it fitted the bill beautifully. 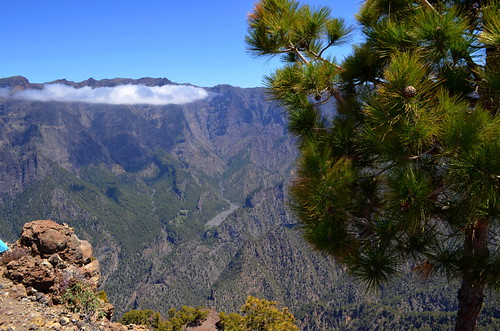 From there, we could begin to map out the holiday again, following sections of paths to ensure we could link our accommodation together; exploring circular routes within a destination to provide good routes for the ‘rest’ days and staying at our chosen bases so we could experience what the customers would feel, see, eat and do, while they were there. At the end of five exhausting days, we had the makings of a holiday. There would have to be further negotiations with accommodation providers; taxi transfers to sort; routes to be mapped and recorded; but as we boarded our plane to Tenerife, we were confident that a new itinerant holiday had been born. 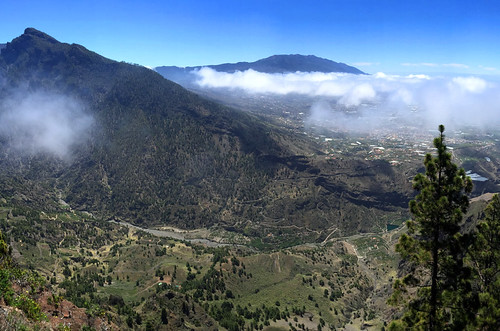 Five months later, the Volcanic Trails of La Palma has been mapped, written and launched. Hopefully, when Inntravel customers undertake their La Palma journey it will feel seamless, logical, unique, and most of all, wonderful. Then, and only then, will we all know we’ve done our jobs right.

Disclaimer: Jack and I work in partnership with Inntravel as their Canary Islands walking specialists

“After 100m turn left up the steps signposted Camino de los Guanches and Llanos de Chimiche on the PRTF-35”, I read aloud. We were standing at the foot of the steps and there was no […]