Every so often we experience something on our hikes across Europe which reinforces why we consider Tenerife, and other Canary Islands to be the consummate walking destinations.

Recently in central Portugal we came face to face with an army of signs warning us we might be imprisoned if we continued walking along the forest path we were on. The surprising thing about this was that, up until a couple of weeks previously, this path had been tread by locals for centuries. The even more surprising thing was that it was an official path, bearing brand new waymarks painted by the local council. 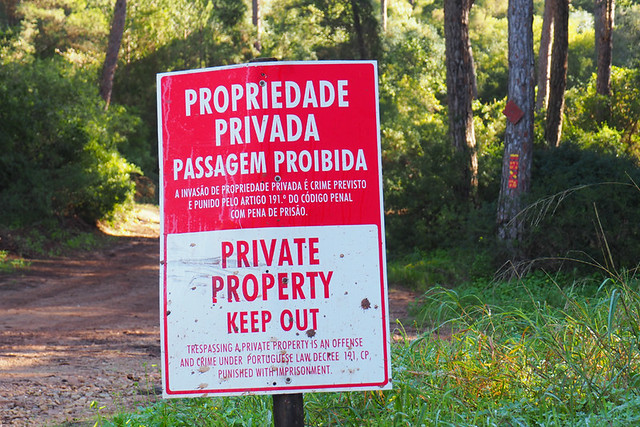 But it was private land and a new owner wanted to keep people off their property.

Whenever something like this occurs, although this was an extreme case, I tend to think to myself ‘you never get this in the Canary Islands.’

There are numerous facets which combine to create the most satisfying walking routes, not all are to do with simply wandering along wonderfully scenic paths. There are additional factors, and Tenerife scores highly on many of these.

Freedom to roam
Some countries in Europe, especially in northern parts, have freedom to roam laws which give citizens the right to walk just about anywhere. Scotland has it, England doesn’t. Neither does Spain, but the Canary Islands might as well have a freedom to roam law as there are few places in the countryside you can’t walk. When you encounter countries where private owners are allowed to close huge swathes of land you realise how precious being able to roam freely is. 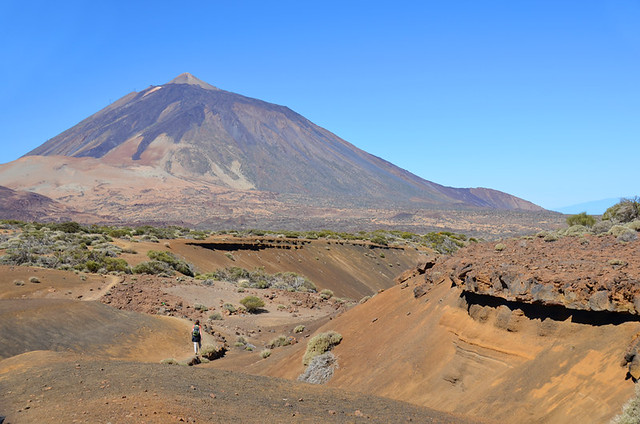 Volume of walking routes
When there are no limits to where you can walk, the result is there are any number of potential walking routes. On Tenerife, from a ‘walking for joy’ point of view, that means endless possibilities for different walking experiences. From the perspective of people who create walking routes, it makes life an awful lot easier as well. The difficulty with Tenerife was deciding what to leave out of our Real Tenerife Island Walks routes.

Variety of hiking routes
We’ve mapped out walking routes in many stunning parts of Europe – from dense forests alongside idyllic mountain lakes in Bavaria to idyllic trails between villages perchés in Provence. I can’t think of anywhere which has offered the diversity you find on Tenerife – ancient forests, rugged ravines, cauldron-shaped valleys, high altitude hiking, epic volcanic landscapes, dramatic coastal routes, and a 3,718m high mountain. 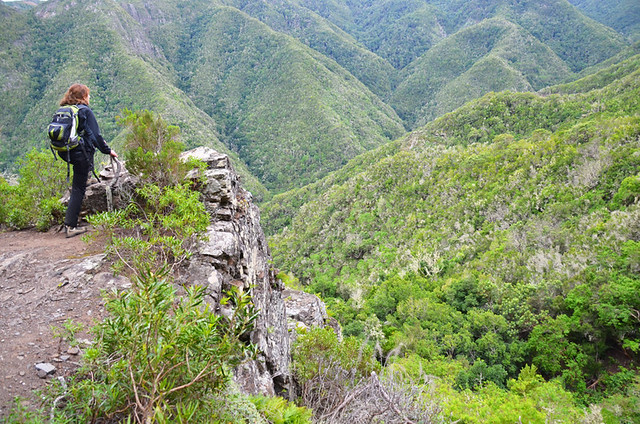 Challenging and easy(ish)
A few years ago, during a broadcast about hiking I was participating in, a representative from a top hiking company in the UK dismissed the Canary Islands as offering low-grade walking. I was taken aback, as would be anyone who has tackled trails across ravines on Tenerife, Gran Canaria, La Gomera, La Palma, and El Hierro. We keep our walking routes on Tenerife below 14km because the landscape is so challenging. But there are also options which are within the scope of any reasonably fit walker. 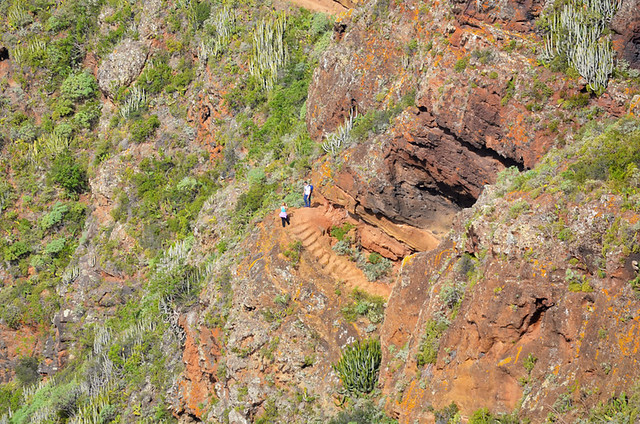 Linear and circular
We help design itinerant walking holidays around Europe. These involve people walking from hotel to hotel over the course of a week. It can take much trial and error to connect the dots, but finding linear routes usually proves a lot easier than finding good circular ones, and circular hiking routes are far more convenient for walkers than linear ones, especially when accessing hikes by car. We know from personal experience what a drag it is to try to use public transport to get back to the starting point after a long hike. I could bore you with numerous stories from various countries about times when the ‘public transport’ option didn’t pan out as planned and we’ve had to get ‘innovative’ to get ourselves back to our car. On Tenerife, thanks to an interconnecting network of trails, there are as many good circular walks as you want. 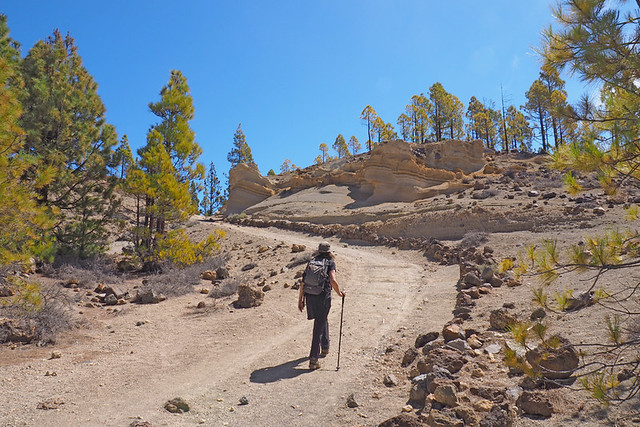 Places to stay
We prefer to stay in small hotels when exploring the countryside. When we’re working on a new walking holiday in an off the beaten track location somewhere, the biggest obstacle is often finding suitable rural accommodation. This can be a problem in the Canaries as well. The majority of visitors to Lanzarote and Fuerteventura stay in all inclusive accommodation, the highest percentages of all the Canaries. Subsequently, there are very few rural hotels on those islands. By contrast, Tenerife, Gran Canaria and La Gomera boast a good selection of small hotels and rural cottages with bags of character. All across Tenerife you can find great little places to stay, either in rural areas or on the fringes of them, which are ideal for accessing walking routes. 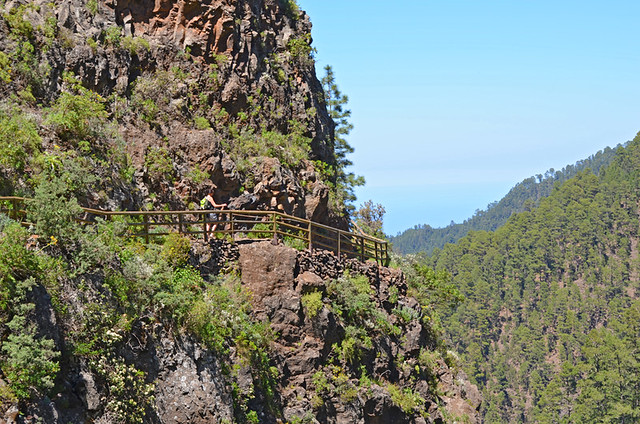 Places to eat
Dining options can be limited in rural locations. On Tenerife there is a culture of eating out, which means there are restaurants everywhere, even the smallest towns. Many of the best restaurants on Tenerife are mainly frequented by Canarios. Spanish dining times mean you can roll up late and still find somewhere to eat. You can’t say that about everywhere. We’ve missed out in rural Germany and Austria because we got back to our hotel too late for the dinner service. With our Tenerife self-guided routes we like to include places to end walks with a beer (or refreshment of choice) because we enjoy toasting a good walk when we finish one. There aren’t many walking routes on Tenerife where we can’t do this. 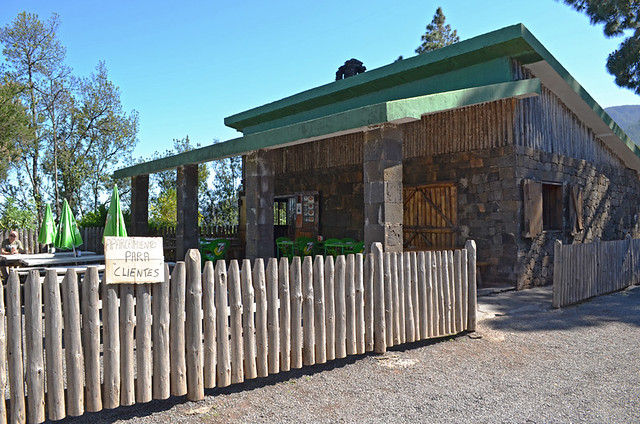 Places to stock up
Another aspect of staying rural is being able to pick up supplies before heading off on a long walking route. I resent paying hotel prices for water, so I buy locally . Unless staying somewhere not near a town or village, it’s no problem finding somewhere to stock up on basics. Most bars will also happily make up filled bocadillos to take away. In some small parts you can grab local specialities to supplement your hikers’ picnic – cheese in Teno, almond biscuits around Santiago del Teide etc.

And finally…
Apart from the usual potential dangers that come with an immersion in nature, walking on Tenerife feels wonderfully safe. It is a friendly island (Tenerife amable) and we have never, ever been made to feel unwelcome when walking in the hills.

It is a joy of a place to explore on foot.