It was an enchanting scene – a light blizzard of snowflakes drifted across the road right in front of us, creating a fairy tale curtain we had to pass through. A few gently stroked my cheek on the way past; they weren’t cold or wet. Actually they weren’t snowflakes; they were petals from almond trees.

One of the natural highlights of the winter on Tenerife is to see the countryside perked up by the addition of delicate pink almond blossom. 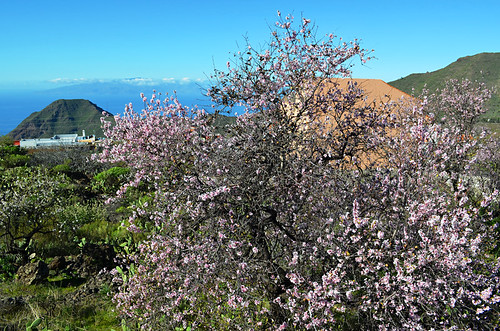 The hills and vales around Santiago del Teide are traditionally the place to go to enjoy the best scenes of almond trees in bloom and the local council organises guided walks to see the ‘almendras en flor’. There are also photo competitions for the best ‘capture’ of the almond trees in bloom.

When the trees are at their most spectacular varies depending on weather conditions. This year, a cool winter by Tenerife standards, the trees have blossomed a bit later than usual, the guided walk has only just taken place (mid February).

We usually make the effort to visit the trees in bloom, but our schedule has kept us away from the Valle de Santiago this year. 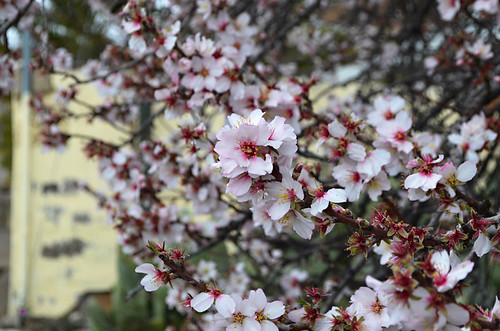 However, it hasn’t kept us away from another area where the almond trees bloom just as beautifully.

The slopes around Vilaflor are generally overlooked in the ‘almond trees in bloom’ stakes, yet they can be just as captivating as those around Santiago del Teide. Vilaflor, appropriately given its name, is a town we connect with flowers. Last year we saw a ridiculously early flowering Tajinaste. This year it was an avenue of almond trees, at one of the approaches to the town, dispersing their delicate petals like confetti at a wedding. Litter on the ground that for once wasn’t ugly and intrusive. 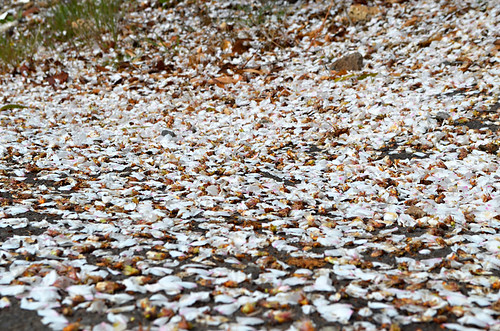 More trees lie in small valleys in the surrounding countryside, hidden away from everyone but farmers pruning their vines and those who explore trails that look as though they lead to nowhere.

The almond trees of Vilaflor might not be as famous as those in Santiago del Teide, but that doesn’t make then any less magical, if anything it makes them more so. 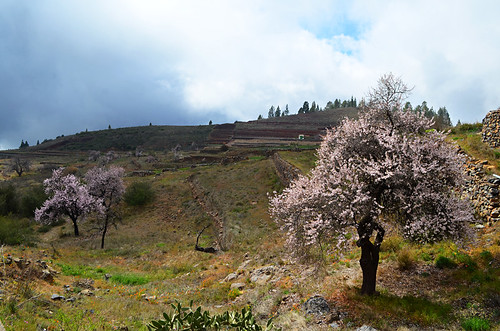 The almond trees in Santiago del Teide can be seen on one of our Into the Valley walking routes. To see them in bloom you need to visit late January/February. For the rest of the year it’s simply a beautiful valley to stroll through, with or without the almonds in bloom.