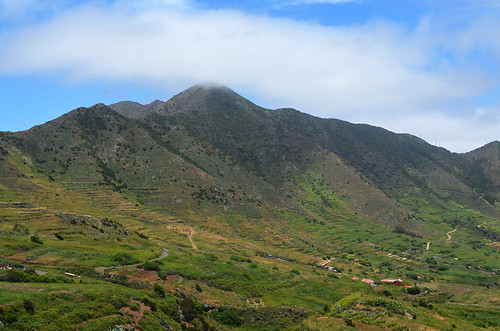 Weather Forecast for Tenerife 2nd to 8th June 2014
Wednesday turned out to be quite cloudy as expected, but in most places rather than just in the north and east. Apart  from that there was a lot of sunshine but maybe not quite the wall to wall sunshine that was forecast. Overall it felt a lot warmer than the temperatures forecast by the weather people.

Weather Forecast for Tenerife from 9th to 15th June 2014
It should be mostly sunshine this week on Tenerife with some cloudy spells in the north and east breaking up the sunny ones between Tuesday and Friday. There’s also a slight chance of rain in the north and south on those days but if it happens it should only be very light showers.

Weather in South Tenerife –  It should be a sunny week with temperatures starting the week around 23C rising to 26/27C for the weekend.

Weather in North Tenerife – Mainly sunny but with cloudy spells between Tuesday and Friday when there is also a 5-25% chance of showers. Temperatures start the week at 20C rising to 24C for the weekend.

Weather in South West Tenerife – Simply a sunny week with temperatures a couple of degrees hotter than the south.

Weather in the Mount Teide Crater – Sunshine all week.  Temperatures in the crater will range from 13 to 17C and 4 to 7C on the summit. There are no strong winds forecast so the cable car should be running normally.