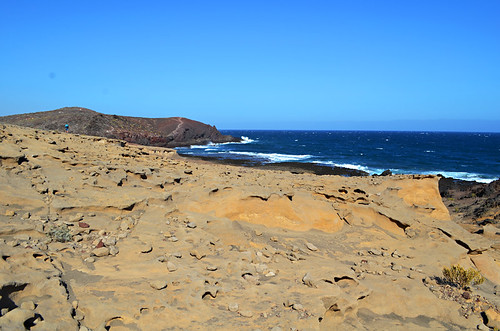 Weather Forecast for Tenerife 2 to 8 March
After a week which saw some lovely spring like weather across Tenerife (although the breeze was still cool in parts) the weekend ended on a hot and stormy note as an angry calima brought and strong winds. The stormy winds started in the south on Saturday and in the north in the early hours of Sunday morning. They didn’t last too long, dying out on Sunday afternoon. It’s not unusual for winter to go out with a bit of a bang in March.

Weather Forecast for Tenerife 9 to 15 March
At the moment the forecast is for a sunny week across Tenerife. It will start lovely and warm although temperatures will take a slight dip over the weekend. It looks as though it could be perfect for the Tenerife Walking Festival which starts this week.

Weather in South Tenerife – Apart from a quite cloudy Saturday, it should be a sunny week with temperatures starting the week at 23C and dropping slightly as the week progresses to around 18C by the weekend.

Weather in North Tenerife –  It should be sunny all week in the north with temperatures staying around 19/20c in the shade most of the week but dropping slightly to 16/17C over the weekend.

Weather in East Tenerife –  Sunny all week with a mix of cloud and sun from Friday to Sunday. Temperatures will mirror those in the north.

Weather in the Mount Teide Crater –  There will be partial cloud in Teide National Park on Monday and at crater level on Tuesday afternoon and Wednesday morning. From then it’s intense blue skies all week. Temperatures in the crater will range from 9 to 11C and between -2and 0C on the summit of Mount Teide.

The Tenerife Weather This Time in 2014
The forecast for this time last year doesn’t look an awful lot different from this year. “On the whole, it’s looking like it should be a very sunny week most places on Tenerife with the north forecast to see the most sunshine and the east the least. There should be some rain in most parts at some point this afternoon but nothing serious.”  What’s interesting, considering the weather this winter is a comment we made at the end of the forecast – This strange weather we’ve been experiencing this winter across the Canary Islands looks as though it isn’t quite over.