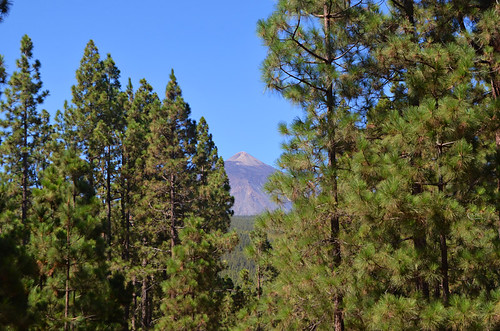 Weather for Tenerife 1 to 7 September
The first week in September on Tenerife was very typical for the month, hot and sunny with mostly clear blue skies. Strangely for September there were also a couple of showers on both coasts. Although it’s still a bit on the hot side, we took to the hills for our first long walk of the season and it was glorious, even though we encountered a small forest fire. Thankfully there haven’t been many of those this year and firefighters had it under control by the time we passed it.

Weather Forecast for Tenerife from  8 to 14 September
Although it’s still going to be a hot and sunny week there might be more cloud around and a greater possibility of showers. But this is September, it would be highly unusual if either amounted to much.

Weather in South Tenerife –  another hot and sunny with temperatures starting the week around 29C before staying around 27C for the rest of the week. Although it will be a sunny week, there might be a few light clouds about and a slight chance of showers (5-20%).

Weather in North Tenerife – Temperatures will stick around the 25C mark all week and whilst it will be sunny every day there will be more cloud than last week with Wednesday afternoon looking cloudiest. There’s also a 5 to 25% chance of showers.

Weather in East Tenerife –  Although temperatures should be the same as the north, there could be more cloud around the capital, Santa Cruz. Sun is forecast for every day but only Tuesday and Friday look as though there won’t be quite a bit of cloud cover as well.

Weather in South West Tenerife – As is so often the case, the south west should be the sunniest part of Tenerife’s coast with mostly sunshine and with the only cloud worth mentioning being on Wednesday morning and Thursday. Like everywhere else, there is a possibility of showers (5 to 15%). Temperatures will be similar to the south.

Weather in the Mount Teide Crater – It will be a sunny week in Teide National Park until the weekend when rain is forecast. Although it’s blue skies, there are some strong winds predicted on the summit of Mount Teide from Tuesday onwards, so it’s worth checking if the cable car is running. Temperatures in the crater will range from 16 to 19C and 7 to 8C on the summit.