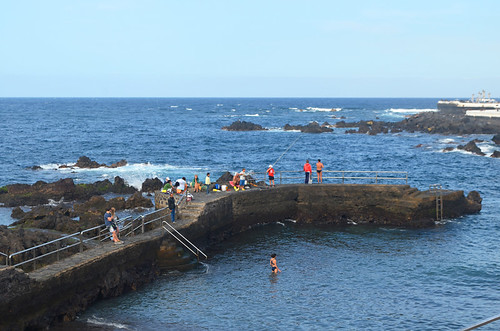 Weather Forecast for 1 to 7 February
Although there were cloudy spells across Tenerife, there was plenty of sun about for the start to carnival. Temperatures were reveller friendly in Puerto de la Cruz where a long sleeved top was warm enough to party outside at the street party even at 4am. As usual, many were wearing far less than that. In general it was warm in the sunshine but cool in the shade and also anywhere there was a breeze (north and south east). All in all a decent week for February.

Weather Forecast for Tenerife 8 to 14 February
It’s carnival week on Tenerife which surely means rain? Technically, yes it might. The very last day of carnival, Sunday 14, looks almost certain for rain in the north and north east. But as it’s really carnival chill out day when all the main events are over, it looks as though the bad weather for carnival trend might be bucked this year. Valentine’s Day might be a damp squib in some places though. It’s not the greatest of weeks weather wise with most days seeing more cloud than sunshine across the island with the south west looking brightest followed by the north.

Weather in South Tenerife –  Although the sun should shine every day it could be a week where cloud mixed with sunny spells dominates most days. Once again there’s only a slight chance of rain (5-20%). Temperatures start the week around 24C before dropping a few of degrees to 19/21C from Wednesday.

Weather in North Tenerife –  Much the same as the south except Wednesday might be brighter. It looks like rain might be a dead cert next weekend with a 40/45% chance on Friday and Saturday rising to 90% on Sunday. Temperatures start the week at 20C before dropping to 17/19C in the shade from Wednesday.

Weather in East Tenerife –  The forecast for Santa Cruz and the east is much the same as everywhere else except Wednesday and Sunday might be completely cloudy. Like the north it looks like the rain will come next weekend with Friday and Saturday having a 40/45 chance of rain whilst Sunday looks certain (90%) at this point.

Weather in South West Tenerife –  Probably the sunniest area on Tenerife this week with Wednesday and Thursday morning looking nice and sunny. The rest of the week could see a mix of cloud and sun with Tuesday not seeing the sun at all. There’s an outside chance of showers but only 5-10%. Temperatures start the week at 26C on Monday before dropping to 20/22C from Tuesday through to the end of the weekend.

Weather in the Mount Teide Crater – Apart from light rain on Monday afternoon and all day Tuesday it should be mainly sunny in Teide National Park and on the summit of Mount Teide. Temperatures should hover between 9 and 12C in the crater and 2C and 5C on the peak of Mount Teide.

The Tenerife Weather This Time in 2015
So what happened this time last year? ‘The week in the south started cool, grey and with rainy periods. But there were clear signs of an improvement by midweek when days at least started sunny although clouds tended to roll in as the day progressed’

Pic: A good spot for some wave-free swimming in Puerto de la Cruz.