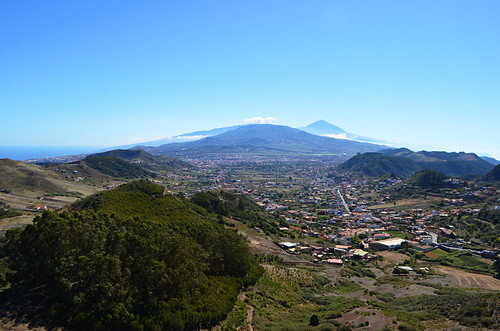 Weather Forecast for 31 August to 6 September
Some parts of Tenerife mainly enjoyed a blisteringly hot and sunny week, whilst others experienced some cloudy periods with their sunshine. The north and east probably had the most sunshine. The week ended on a scorcher.

Weather Forecast for Tenerife 7 to 13 September
The forecast is for another sunny week but with cloudy spells during the second half of the week and with a possibility of showers. The north looks best bet for most sunshine whilst the south looks most likely for showers on Sunday. But this is September, it would be a surprise if anywhere wasn’t hot and sunny for most of the week.

Weather in South Tenerife –  Monday and Tuesday should be mostly sunny. There should be a mix of cloud and sun between Wednesday and Saturday. Sunday could be a bit gloomy. There’s a 20-35% chance of showers from Wednesday with Sunday looking most likely (55%). Temperatures start the week at 28C and drop to 24/25C from Wednesday onwards.

Weather in North Tenerife –  It should be a sunny week in the north until Friday when it will be a mix of sun and cloud over the weekend when there’s also a slight chance of showers  (25-30%). Temperatures start the week at 26C, settling at around 23/24C from Wednesday through to the weekend.

Weather in East Tenerife – Monday and Thursday should be sunny. Tuesday and Wednesday could have a mix of cloud and sun in the morning and sunny afternoons. Friday and Saturday should be a mix of sun and cloud whilst Sunday will be cloudy. There’s a 15-35% chance of showers from Wednesday through to Sunday.

Weather in South West Tenerife –  Monday, Tuesday and Thursday should be the sunny. Wednesday, Thursday and Saturday could see a mix of sun and cloud and Sunday should be cloudy. There’s a 20-30% possibility of rain between Wednesday and Sunday. Temperatures start the week around 26C before settling at 24/25C for the rest of the week.

The Tenerife Weather This Time in 2014
So what happened this time last year? The first week in September on Tenerife was very typical for the month, hot and sunny with mostly clear blue skies.

Pic: La Laguna and Mount Teide from Anaga in the late afternoon. A sight for sore eyes.

Weather Forecast for Tenerife from to 25 to 31 July

The week starts with a yellow level hot weather alert for south, east and west Tenerife with temperatures expected to peak at around 34C. […]